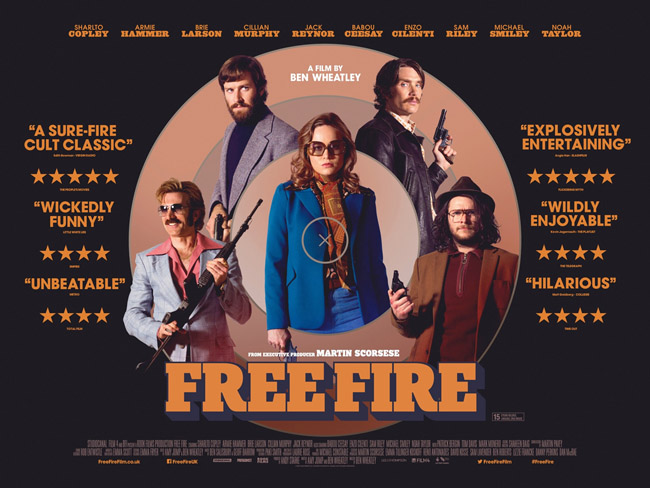 In the new 60 second trailer, things go ever so slightly wrong with a gun deal which turns into a foul-mouthed gun and fist battle which gives us an insight into a whole new side of Brie Larson.

Funded by the BFI and Film4 with Martin Scorsese serving as executive producer, FREE FIRE opens nationwide across the UK on31st March 2017.