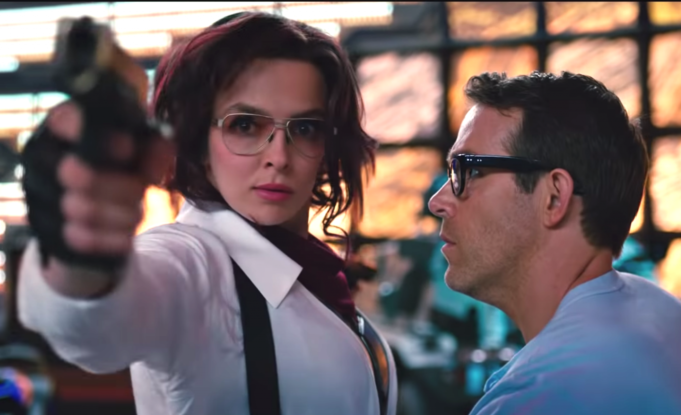 Ryan Reynolds is back on the back screens in Free Guy (brand new trailer below) which was originally set to hit cinemas on 1st July 2020.

We can now reveal that the Free Guy UK cinema release date is confirmed as 11th December 2020.

As long as COVID19 doesn’t throw another spanner in the works, this movie could bring out the masses, just before Christmas. With the recent news of Cineworld closing, it’s doors due to the pandemic, as well as Picture House Cinemas viewers will have to opt for cinemas such as Odeon, Everyman Cinema.

The film is about A bank teller (Ryan Reynolds) who discovers that he’s actually an NPC (non-player character) inside a brutal, open-world video game and looks to be inspired by the likes of Grand Theft Auto Online and Fortnite, where players run rampant across a large map.

His life consists of turning up to his job at the bank and spending the day getting shot at by robbers. Outside of the game, programmers Milly and Keys insert a new code that allows Guy to gain a deeper awareness of his surroundings. He becomes involved in a race against time to save the video game in which he lives before it gets shut down forever.