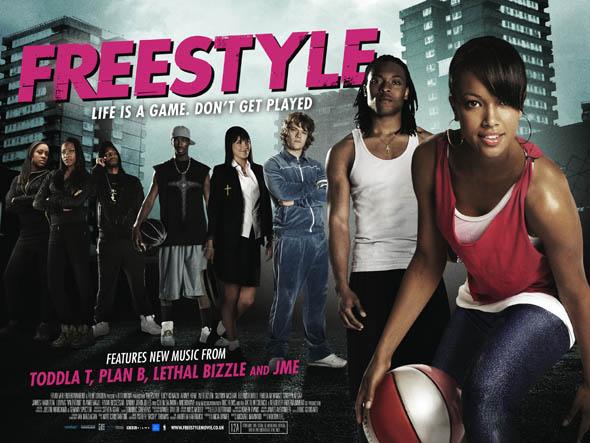 Now the UK has their very own film about love and basketball with new gritty urban love story Freestyle.

Starring Alfie Allen, Danny John Jules and Colin Salmon alongside raw and undiscovered talent sourced from the streets of London, Birmingham and Manchester through the Bebo nationwide Search for a Star.

Their lives are worlds apart. Ondene is privately educated and her mum is desperate for her to go to Oxford to study law. While Leon acts hard but has a secret desire to go to university and he hopes that a local Freestyle competition’s £15,000 prize money will be his passport to a new life.

When Ondene finds herself falling for Leon as he teaches her basketball she is forced to make some tough decisions about her family, her future and the man she loves despite her upper class mothers disapproval. Set to a soundtrack by the infamous Bashy with music by Lethal Bizzle, JME and Plan B you’d be crazy not to see this at the movies or cop it on DVD.

To be in with a chance of winning a copy of FREESTYLE on DVD simply write ‘I LOVE BASKETBALL’ in the comment box below and winners will be notified on 8 March.

Freestyle is showing on all screens – in cinemas and On Sky Box Office, iTunes, FilmFlex and Lovefilm logos February 26, On DVD March 1.