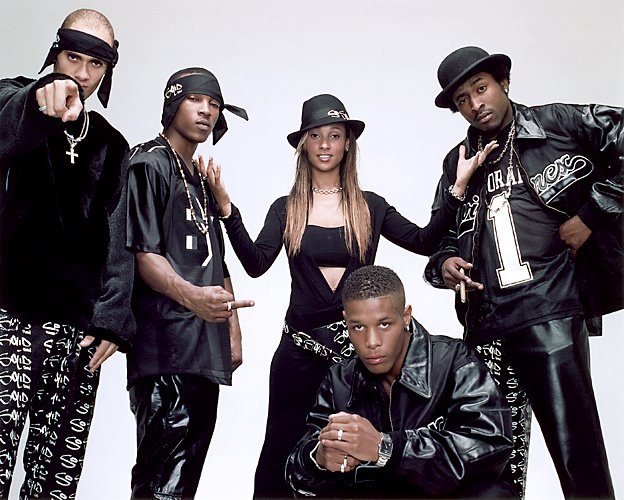 If you’ve not yet heard, So Solid Crew, have been dropped from the line-up for this weekend’s Lovebox festival. The garage collective were due to play on the main stage on Saturday but were axed at the last minute. MC Harvey took to Twitter to vent his anger: ‘Yes #LoveBox is canceled because another artist don’t want us on the same stage as them. UK artists blocking SoSolid #Wow. We gave these a******** careers karmas a b*****,’ he tweeted

He added: ‘We sell out the indigo! we are doing the 02 arena, we gave artist careers and they still treat us like c****. So solid crew is a scapegoat for the industry some conspiracy ting KMT. ‘Platinum albums Brit awards & Mobos endless top tens and this is how Great Britain repay us #f***you #Stereotype.’ Harvey has vowed to confront whoever is responsible for having them removed from the bill. You may remember last week when 12-year-old Willow Smith raised a few eyebrows after releasing a video called ‘Summer Fling’ about dating without commitment. Well, according to rumours both her parents are at war over Willow’s new image.

Sources tell The National Enquirer: “Will Smith and Jada Pinkett Smith are at war over their 12-year-old daughter Willow’s sexed-up video for her new song, “Summer Fling. Jada gave the project the green light — and now dad is furious! He’s fit to be tied and almost had a heart attack the first time he saw the video. Will lashed out at Jada, saying, ‘How could you let my little baby do this?’

We’re sure you’re aware of Keri Hilson criticising Beyonce’s wig on her hit single, ‘Turning Me On’, but it seems the ‘Pretty Girl Rock’ songstress is brining an end to their four year long feud. In a new interview with Revolt TV, Keri’s pal Timbaland revealed details about a new single where Keri in fact apologizes to Beyonce.

“I got this one song I did with Keri on my album called Sorry and Keri actually tells the story about the whole Beyonce thing and how she was sorry about it because she really wasn’t talking about her but other people [created the hype],” Timbabland tells Revolt. Watch Timbo’s full interview above.