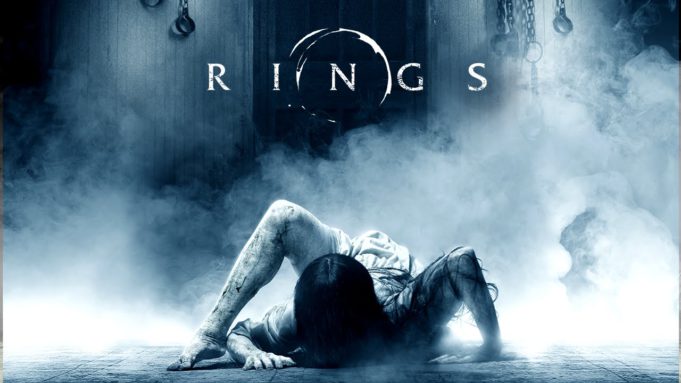 A frightening new trailer and poster have arrived for the next chapter of the horror franchise Ring with a not very imaginative title in RINGS.

Coming 13 years after the first movie, which was a remake of the 1998 Japanese film, Ring and based on the novel of the same name by Koji Suzuki. The Ring also starred at Noami Watts. 13 years later we have a different director in F. Javier Gutierrez and a cast of Matilda Lutz, Alex Roe, Johnny Galecki, Aimee Teegarden, Bonnie Morgan and Vincent D’Onofrio. A young woman becomes worried about her boyfriend when he explores a dark subculture surrounding a mysterious videotape said to kill the watcher seven days after he has viewed it.  She sacrifices herself to save her boyfriend and in doing so makes a horrifying discovery: there is a “movie within the movie” that no one has ever seen before…

RINGS is out in UK cinemas October 31.