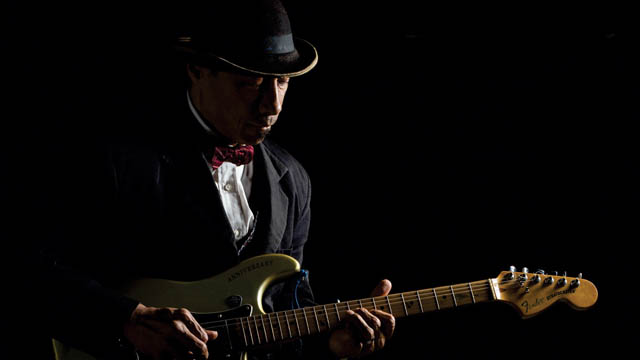 Australian Blues singer Isaiah B Brunt has recently gone on a endeavour to find himself. This new adventure took him to New Orleans, to immerse himself into the Blues culture and surround himself with where it all begun. During this time he recorded his new upcoming album “Just The Way That It Goes,” an album that depicts the true feelings of Blues and heart-wrenching storytelling.

Whilst his album isn’t due to drop until the 26th March, Isaiah has been gaining  a lot of international exposure with radio stations across the globe already debuting his music.

Flavour Mag chats to Isaiah about what we can expect from it, what it was like creating in New Orleans and the first track that made him fall in love with the Blues.

What’s the first track that made you fall in the love with the blues?

Your album is due to release in March, what can we expect from it?

This album is different from the last one which was acoustic, this one is me playing my electric guitar and having a lot of fun along the way.There’s a Hammond organ, grand piano a great rhythm section keeping a solid groove it’s a real solid blues sound with some intimate stories from the heart.

Is there a particular track from your album that is important to you?

then realises the search within, I am I getting too deep!

New Orleans has an instant magic about it, I have a cousin there that helped me settle in straight away and my nephew accompanied me to the studio each day so it felt like home. Meeting the guys that played on the album was cool they are local musicians that perform regularly in and around the French quarter. Prior to arriving I had sent over rough outlines of the songs with me playing acoustic and singing on mp3 files When we ran through the tracks it was like 2nd or 3rd take to get them down. I finished the songs off adding a few things here and there because of the blues style I play these guys knew what to and added that ‘Nola’ feel to it which is what I was hoping for it turned out perfectly.

How did your musical journey begin?

My father played lap steel, and ukulele my mother sang played guitar and had played piano in church, so at around 8-years-old I was strumming a Uke. Then around 11 years-old I began playing the one guitar we had in the family between my brothers and sister so it was first in first serve! I remember staring at the guitar back then wondering where it would take me.

What’s next after the album? Tour?

I’ve got an album launch coming up on the 26th March at Bondi, the album is right now going global through Europe, UK, Australia of course Canada and the US where things are starting to look good. A little later I’m going down to Melbourne for a short tour and I am looking at doing a few radio shows in the mean time both here and overseas in the US and UK.  The album can be purchased at cdbaby.com.