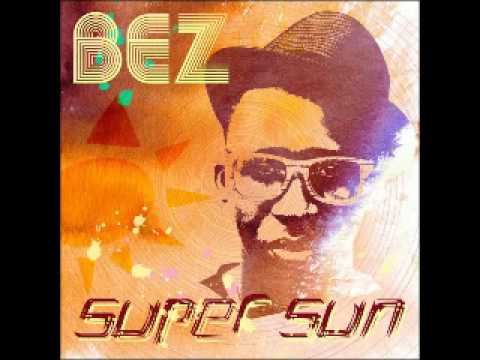 In this issue, the talent sees us heading to Nigeria for a soulful and cool experience, before shooting back to London for distinctive bars, along with some heavenly vocals and sheer brilliance – all surely destined for the big time. Let’s go! Bez came to our attention via a US contact who was raving about him. Listening to a track called ‘More’ YouTube from his recent album Super Sun, we were drawn into a beautifully written soulful number overlaid by his emotive voice.

Bez, however, is more than akin to Musiq Soulchild, with that quirky manner. He is an artist putting Nigeria further onto the musical map. The Nigerian is proudly dropping the instantly catchy ‘Zuciya Daya’ off his album as a testament to that.

So what does the future hold? Well Bez is in the UK this month and the BBC has cottoned onto him so expect to see him perform – the buzz is definitely growing. Soon the sun will be rising on Bez, so remember where you heard it first.

Destined to capture your heart! A very likeable and talented young guy from London and signed to a label making moves, Kelz represents M2Music’s current lead act. Spitting bars with a mission, his wordplay is observational and humorous.

In the UK, particularly where young guys holding the mic is the norm, it’s important to stand up and declare individuality. Look up Kelz’s bars online on the Drake track ‘Headlines’ where he displays on-point versatility.

His EP The Black Kupid also drops this month and features, among others, one Vince Kidd signed to Sony and talented young femcee Paigey Cakey. So a definite step in right direction. It will be interesting to see where Kelz goes, but from a talent perspective he has the right credentials. Oh, and he also supported Lana Del Rey at Scala! From hard bars to something a little more ethereal, it’s the striking talent Sylvia Stone from East London. She’s been songwriting for many years, but her first live performance was only last year, for a new music programme called Quality Control, coming through on 4FrontTV (check out www.4fronttv.com).

Her performance of her track ‘Nice To Meet You’ was beautiful: here she makes a man’s advances to her on the Underground sound so romantic and cool. It is her soft distinctive vocals that really make this song and others come alive, and rather than needing to belt out at the top of her voice to transmit those emotions, it is her cool, rather bohemian self that achieves that in an unassuming way.
Sylvia’s promotional literature perfectly sums her up: ‘…from tongue-in-cheek 40s-esque blues and jazz, to epic cinematic belters all the way to bass heavy bangers… the girl is a genre-straddling, experimental artist with killer vocals and a clear vision to tickle the back of listeners’ souls.’

Her EP with the obligatory boho name Clouds Of Pink Fish drops this month and promises to expose this talented singer-songwriter, giving a delicious sample of the immense possibilities that clearly await Sylvia Stone.

Delilah
She’s got the power! Delilah lives up to her name in that she has the power to tempt, but these temptations are of the joyous kind rather than dangerous, as she pulls listeners hard by their ears and intoxicates with her stupendous voice. This singer, songwriter and producer, real name Paloma Stoeker, does spine-tingling with ease.

At her performance at Maida Vale, she drops a performance of her track ‘Breathe’, which does a real ‘hairs standing on the back of your neck’ number. You’ll be blown away, the performance has that special something that touches deep inside.

Delilah is the real deal, so it is no surprise that she was signed to Atlantic Records when she was just 17 (same label as Ed Sheeran). She has been called music’s best-kept secret and indeed she was… it was only in 2011 that the activity really started. Now you can’t miss her.

She puts her own stamp on her track, ‘Go’, which is not actually a cover as such but sees her borrow the memorable lines ‘I’ve been waiting for you for so long’ from Chaka Khan’s 1983 smash ‘Ain’t Nobody’: ice cold and totally brilliant.

Check out her latest single ‘Love You So’, an atmospheric number that utilises her dark potent vocals and sees Delilah all femme fatale in the video with alluring jet-black lipstick.


That’s all for another installment… And remember, this is about all people and groups with skills, passion and something to shout about, in not just the arts but any domain, that you reckon need to be recognised. So holla at ya boy and send through the talent, whatever the area, and suggest the people or organisations you feel are doing it for the future to: semper@flavourmag.co.uk