Ok so here we go for another instalment and this time it’s Future Flavours #4 with Bebe Rexha.

As usual before we get on to the artist in question let’s take a quick look at music news and this week Nicki Minaj and Taylor Swift take some lumps out of each other. Nicki seemed aggrieved that Anaconda with its powerful subject matter regarding the size of a man’s meat and veg did not get a nomination for the MTV Video Music Awards. Apparently she spoke of other videos winning awards when they promoted girls with protruding rib cages. Taylor Swift (now a champion for everything) retorted assuming the tweet was directed at her own video, Bad Blood (2015) which featured girls with protruding ribs cue a back and forth twitter battle.

After the initial war then came some reciprocal gushing about how they have equal admiration for each other. The spat ended with Swift inviting Nicki on stage when she performs as a type of make-up at the awards. For me (ever the cynic) I wonder if the two of them have a duet coming which will be premiered at the music awards with the ensuing clamour for the track seeing numbers reach stratospheric levels while Taylor and Nicki sit back drinking Ciroc saying: ‘these people will literally swallow anything we throw at them’. In other news Taylor’s video Bad Blood is supposed to be a bit of plagiarism-watch those hits rocket up.

So from two global female icons to a lady who may well be on the verge of achieving that same acclaim. In some ways she has already earnt her stars but those stars have been gained state side. Over on our shores her name will not mean much to many people but trust me, you don’t know it but you are  well acquainted with this singer, song-writer. Before getting onto her let’s put a put of context to this young singer. In another similarity to one of the biggest female singers right now our Bebe is of Albanian descent rather like Rita Ora.

Born in NYC, 25 year old Bebe has been deep in the music game since she was four starring in musicals like Jesus Christ Superstar and the brilliant Fiddler On The Roof. While her ability to sing seems to have been a gift with age her song writing abilities came to the fore when she won the Best Teen Songwriter for the Recording Academy.

While the aforementioned bits of information meant that Bebe was in the right circles it was not until 2010 when Fall Out Boy’s Peter Wentz formed the alternative electro band Black Cards where she got the chance to bring both of her talents to the fore as the lead singer for the band. Unfortunately (and subsequently fortunately) despite a number of big tracks being leaked the band never actually put out the scheduled album. Bebe left to pursue her own solo aspirations and it has been an astute and evidently most beneficial decision.

So like I said I would talk about the fact that you already know this young lady without necessarily knowing her. On leaving Black Cards, Bebe was signed by Warner Bros where she went on to write for a number of huge artists think Eminem and his huge track Monster (2013) featuring Rihanna? The track originally called Monster Under My Bed was destined for Bebe’s own album but after pitching it to Em’s people they gave it a slight re-working and hey presto a global smash.

Add writing credits for Pitbull and Usher (who she opened for) Bebe as I said is more than a future flavour she seems to be a certified flavour-but there’s more!

Since 2013 Bebe has put out some bangers of her own, think Take Me Home which she worked on with Cash Cash it’s on nearly 17 million hits-it actually went to number 5 in the UK charts.

So getting a bit more up to date.

Well she has released her ep called I Don’t Wanna Grow Up (2015) and while the title sounds like the utterings from a spoilt brat, the ep is evidently more than that. The first track that came out to whet the appetite was the interestingly named and rather dark I Can’t Stop Drinking About You (2014) which reached a top forty on the US charts.  It’s a track that fulfils all the tenets for contemporary edgy pop, blessed with that moderate edm sound that radio loves so much and telling song-writing from Bebe. It really is a significant barometer for Bebe’s creative stance. Her song-writing avoids bubble gum, beautiful relationships and everything that makes the American dream a reality nope Bebe does that slightly dark edge, evidently mature sound.

The debut album is already in the making and apparently she is in the studio with names like David Guetta (she sang the chorus and co-wrote on Guetta’s track Hey Mama), so you know that serious money is being pumped to Bebe Rexha’s campaign. A label will only do that when they are absolutely sure of success, labels do not make weather predictions.

The latest bit of material she put out from the ep was I’m Gonna Show You Crazy a song that she stated was something which got her through some of the ‘darkest moments’ in her life (check out her interview coming on Friday for more info).

So now we are up to date-Bebe is currently doing a forty three date marathon tour for Warp. She actually hit our shores in May with an intimate show which of course went extremely well.

So how long will it take for Bebe Rexha to become a well known name over here not too long. This time next year I fully expect her to be performing or supporting someone at one of our UK festivals-she is a definite Future Flavour.

I DON’T WANNA GROW UP OUT NOW 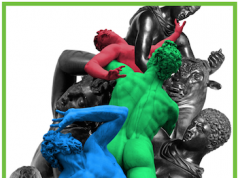 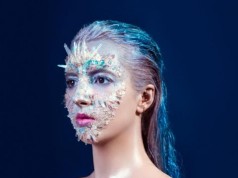 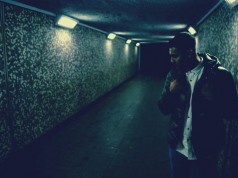 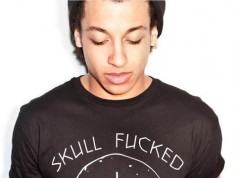