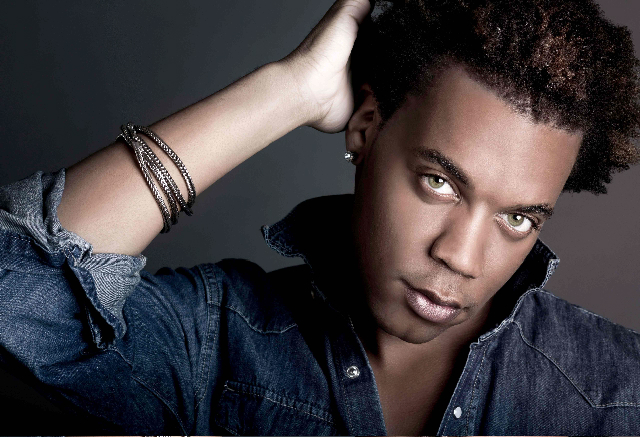 So it’s another instalment and on this occasion we really Criss-Cross the globe and make you Jump in search of talented artists: from Denmark with the brilliant Maria Dahlstrom, to Nigeria with the soulful Lyidsey Abudei, we then skip over to the States to check out two individual talents Keithian and Isaiah before returning to the UK shores to check out the slightly melancholic joy of Luke Sital Singh but first let’s start with the brilliant Maiday-let’s go in!

(Remember if you think you  or  a friend is a Future Flavour get in touch semper@flavourmag.co.uk and please add and tweet me at twitter@atstreetlevel1 and twitter@qualitylocated) First up are the rather cerebral warblings of Maiday who it is safe to say is awash with copious amounts of musical talent.

I found her on one of my internet searches and just loved the way that she managed to bring a real theatre to her vocals. Indeed this was helped by the first video I saw for her, a brilliantly shot, conceptually tight filmic video which details a relationship in the shape of Breathe.

She is not new in many respects, others have picked up on her to varying degrees but I think now we will really see her fulfil the promise. She is under the mentorship of the very same man that deals with Daley and he has brought a good few exceptional artists to the UK audience an integral cog is therefore ready to start turning.  Of course cogs aside, if there is no engine to drive the cogs the cogs become obsolete. To that end the engine of Maiday would have Jeremy Clarkson squealing like a little pig thrown into rich mud-she would be like the engine of a new Bentley oozing a refined power when an up-start boy/girl ( we are always for equality unlike Sterling Moss) racer steps to  the plate in a pumped up Vauxhall Corsa-cyaaaaaa!

She has been featuring on a number of fantastic musical flexes like the Jakwob collabo on the track Fade this is a totally luscious cut and I can’t get enough of Maiday’s atmospheric vocals.

Or what about her cut with True Tiger on Big Love with its minute long intro noicee!?

While she is a singer it is her song-writing that is also on a huge level and she was notable for her part in helping write Wretch’s huge banger Don’t Go (2011).

So what now for her, well I know that things are hotting up for this lady so stay locked?!

Lindsey Abudei-making her own lane. Next up is the Nigerian born raised singer, come lawyer, who is totally brilliant. Her intent is clear as she forges a path down the neo soul route where comparisons to the likes of Erykah Badu and India Arie are hard to resist.

I like Lindsey because she could easily, I expect, go down the route of Afro beat which is to say the least killing it at the moment and what a joy that is to see Afro beat getting the recognition it deserves.

While Afro-beat is undoubtedly competitive it is relatively new on a global sphere and so it is in some respects easier to break. The Neo Soul route is evidently harder since the competition in this genre is fierce and well established but Lindsey is a talent and she has all the right credentials. Vocally she delivers on point displays which are backed up by skilful song writing. Further than that while the genre is obviously neo soul her Nigerian heritage is very prevalent in her music and she does not for one second ignore-can we call it Neo Afro Soul?

So checking out her debut EP Brown with 8 original covers and three bonus tracks we get a real window into this lady. The covers feature the exquisite Jailer by Asa which came off the self titled 2007 album which she more than owns but it is her own composition that I really like with collaborations from home grown artists. Her smooth and warming vocals do just the job.

It’s early days and a day can be like a month in the life of a musician but early stages suggest that she can make an impact let’s see what fate and hard work bring. Ok so now we leave mama Africa and head Stateside. Last time we went Stateside we checked out Veronica V and those amazing shorts (wow)! This time we check out the New Orleans born Keithian whose musical career started at precocious age.

Unlike many of the artists that feature in Future Flavours Keithian really has already proved much of what is needed to be a great artist-he is a great song writer and a heavyweight producer. He has been behind some of the biggest hits in the last few years from some of the most successful and in some cases iconic modern talents: Usher, Jennifer Hudson, Nicole Scherzinger, The Pussycat Dolls, Will I Am to name a few. He has even worked with the pneumatic verbal blustering Niki Minaj -he was the Assistant Music Director of her Grammy performance. Let’s not forget that he is currently working with our very own UK charismatic songstress Rita Ora, so you see what I mean? Of course being behind the scenes and then coming to the heady and nerve racking heights of being a solo artist is like comparing Victoria Falls to a power shower!

Keithian who has been performing since the age of seven finally unleashes his own material in the shape of Butterflies coming off his soon to drop EP Bayou Boy a direct recognition of his New Orleans roots.

A project that in many ways was and is inspired to a degree by the death of his grandmother (who always had “faith” in him), Butterflies is a tight debut. The video is super slick and super sexy. Butterflies the video opens atmospherically with Keithian drenching us in some classy and polished vocals that show his undoubted class and a super sexy female friend (wow). He oozes star quality in front of the camera while beguiling us. The track has that radio feel defo and so Bayou Boy looks set to be special. Ok Stateside again with another male vocalist who has a striking similarity to Trey Songz I can hear ladies disrobing now. Isaiah is so fresh that in some ways maybe I should give it a little time before giving you people the heads up but what the heck I am just nice!

I got wind of this guy through my US friend who told me about Isaiah and sent me a very rough mix of his first offering. I was pleasantly taken by this quintessential RnB slow jam of a track which is definitely stating his demographic-da Ladeez! That is not to say that we will not in turn found out further layers from Isaiah. He is a singer first and foremost and so showing that he has more dimension than the generic solo male singer intent on making girls loose the will to talk should be foremost. The difficulty of course will be that Isaiah is entering a category that has some huge heavyweights; Chris “left, right, left your toothless and then you say god damn they ruthless” Brown- (lyrics taken from the NWA classic track Gansta Gangsta off the album Straight Outta Compton 1988), Trey “you know you don’t need that G-string” Songz, Miguel (not your typical male solo singer but immense nevertheless) and Jason Derulo whose back vying for female adoration.

Check out his track Slow what do you think? Next we head up to Denmark and the exquisite Maria Dahlstrom. Well it’s not exactly Denmark since Maria is now a native of London town having moved to our shores in 2009 to study a degree in vocal performance and music production.

Since then Maria however has gone onto drop some tantalising morsels that evidently point to a great soul/neo soul talent. Check out her her interpretation of Rihanna’s Nobody’s Business which is on some fifty thousand hits or her brilliant Little Dragon’s cover of Twice which is unrecognisable as she accompanies an acoustic guitar in a marriage of beauty.

In terms of her own material, in 2011 she dropped her first EP Feelings which had some brilliantly smooth cuts over-layed by her vocals that are fresh like that feeling you get just coming out of a sauna. What Did You Say off that EP was a slow tempo bit of soulful niceness with a simple but effective video to boot but I really fell for Feelings II  -when I heard that track I said ‘yes’. It’s just a warming track that could bless the Billboard charts with ease. A little bit of trivia and advice-her EP was also released in Japan which maybe a surprise for some of you. In Japan they absolutely love soul/RnB flex and artists like the brilliant UK singer Elisha Laverne have done very well there-take note.

So this year Maria will be stepping forward with her second body of work. She is actually working with one Matt Cooper who was behind material for the classy Cee Lo Green and so I cannot wait to hear that. In the meantime get onto this brilliant talent before she blows up! Our last geographical foray brings up back to the temperamental shores of the UK which is currently confused about whether it should be sunny or merely miserable. Luke Sital however suffers no such confusion relishing it seems in his brand of slightly melancholic music which brings a joy because it touches you in just the right places.

His first claim to acknowledgement from the music industry was the EP Fail For You with its thoughtful title.  Luke has had comparisons to Bon Iver and so his style is an acoustic guitar driven style which is slightly understated and deals with beautifully constructed song writing. In the first EP he delved into the relationship sphere where he seemed to explore the many reasons why relationships don’t work so it’s not light listening but it’s engaging.

So following that first release which received huge acclaim from stalwarts of the music industry he comes with his second EP Old Flint and drops the lead single Bottle Up Tight which is totally brilliant. It starts off with simple acoustic guitar chords and slowly but surely builds the musical instrument layers while Luke drops vocals that clearly show that he has a more diverse musical range than the first EP-indeed this EP is definitely vying for more radio play. The track builds to a fantastic crescendo- hence Bottled Up Tight

He has already performed at the SXSW show in the states where he received excellent reviews and this year he will be joining the line-up for the Rolling Stones shin-dig so watch out for Mr Luke Sital Singh.