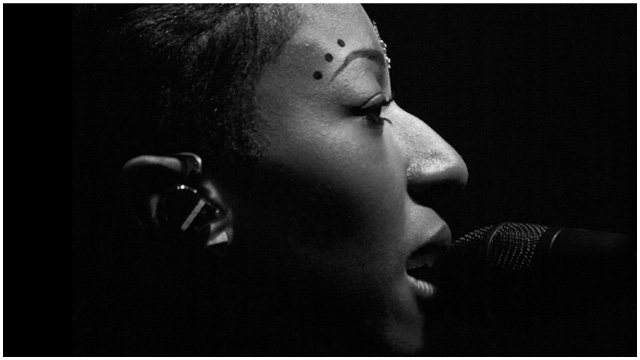 Ok people well it’s that time again where I try and suggest some musical treats for you to research.

2015 is well and truly under way and the media world (which never stops) is now in complete overdrive. For some artists of course 2015 will be the year that they finally make their mark and announce proudly: ‘I make music and I think you are going to love this!’

Quality Control the music show I am part of continues into 2015 with our first episode really making some impact despite the programme being independently funded. 8 episodes in we have had over 100,000 viewers so we are quietly happy but we have loads of work still to do. Our last episode is sometime in March with an act signed to Island Records making an appearance so please keep supporting the movement and look out for the show Sky 539 every Tuesday 10pm and repeated on Thursday at 9.30pm.

Check out this snippet of Ill Blu with JP Cooper performing for us.

Ok so on with the feature and in this instalment we are primarily based in the UK with two acts outside of our shores. Nowadays that’s not really big news in truth but it’s nice to say that. So the acts we roll with; the striking Szjerdene, the hip-hop guile of The Age Of Luna, the brilliant young duo Aosoon, the soul/rnb utterings of David Morin and the brilliant Ukranianian act The Esteride.

Szjerdene could be compared to the building of a fire in terms of the way she is heating up the music circuit. A few small twigs with a bit of kindling before adding progressively bigger pieces of wood until you have a full raging fire warming you to your core.

Born in Stoke Newington Szjerdene is a lady with an amazing voice-it’s like a formula 1 car able to hit all the right notes with unerring ease. Her musical CV is awash with influential names from the music scene-think the brilliant Bonobo. She featured on two tracks from the producer being Towers and Transit from his excellent 5th album The North Borders (2013). Of late she has worked and blessed a production by the brilliant Lapalux on a cut called Closure off his forth coming album Lustmore. The track is gorgeous with a capital ‘G’ and Szjerdene radiates class while wrapping her vocals around you like fur coat (sythentic of course) on a freezing day.

If I said I liked this lady it would be like saying that stubbing a pinky toe on the corner of a hard object was painful-it would be an understatement because the pain from such a circumstance brings four letter expletives flowing from ones tongue.

Last year she dropped her solo 4 track ep Patchwork released on Ninja Tunes and it was a fine body of work for sure. The stand out track from that ep (for me)was Blue Lullaby a bluesy, soulful cut-tidy. The ep in its entirety did exactly what the title suggests and brought different styles and genres to the listener.

Well she has been back in the studio and 2015 she will be hopefully dropping her second EP-cannot wait.

The Age Of Luna. So we are still in the big old LDN and we make a smooth transition from the magnificence of Szjerdene to the mellow hip-hop bounce from the quartet The Age Of Luna.

The group represents a growing band of UK artists dropping smooth, soulful hip-hop that thankfully is not self-aggrandisement instead it is music that has a real conscious nice flex.

So let’s get to some background on the guys and girl comprised of Butch Arkas 20yrs (Lead Rap), Kyote Noir 20yrs (Lead Rap), Daniella 20yrs (Lead Vocal/sax) and NK-OK (producer) 15yrs, giving them an average age of 18. I have to focus firstly on their producer-15 year old Nk-Ok who is dropping beats that have that nostalgic 90’s feel to them damn this guy’s  beats belie his years so kudos.

Their back catalogue is of not extensive but check out an early smooth cut circa 2014 called I Cry but the track that seemed to set  things smoking was Indigo. It was in fact played by Radio 1’s Dj Semtex (big look) and it was in fact a rather tidy single blessed by the Danielle’s laid back Erykah Badu like vocals -its feel good music that keeps your head bouncing and me like it.

So 2015 they release their latest bit of music called Six Feet Deep with a cool video and it merely builds on the vibes set by that single Indigo.

So how are things going to pan out for this young group?

Well comparisons to other UK names expounding this type of music are of course hard to avoid. I can think of two at least being Hawkhouse (of course) and Othasoul so they have competition. Both of the aforementioned groups are most definitely hard but there is room in the genre and with a young guy with a great ear for production, two rappers who keep you bouncing and of course their vocalist they are a Future Flavour-question is can they build on the potential? So it’s another young group and we head to Sarffff London and a duo called Aosoon with their acoustically folk like sound that is superb.

The vocalist Marisa Hylton kind of reminds me of a modern day Joan Armatrading with that earthy, rootsy delivery-I find her intoxicating. Production for the duo comes from the talented Manny Folorunso dropping sounds with simplicity-sometimes simplicity is the best hey? He kind of reminds me of the quiet Chris Lowe from Pet Shop Boys he does talk but he appears to have that reserved manner that is indicative of one half of that early 90’s sythn pop group.

So, this group are so good it would be like saying that I am slightly irritated when I prepare a really banging healthy lunch to take to work the night before only to leave for work in a rush having forgotten the damn thing. It would indeed be an understatement for I would be volcanically pissed and a flurry of expletives starting with ‘f’ and ending with ‘r’ would come tumbling out of my profane mouth.

Anyway music-there are so many sweet cuts coming from the duo so let me point you to a few tracks to get swallowed up in; from the folky excellence of Same Difference.

Also check out the subtle intense nature of Ghost–

Capo 3 is their most recent ep so called because it was all written on Capo 3-simples. It builds on all the promise of earlier material and adds even more. The ideas for ‘CAPO 3’ came from short stories Manny had written; the songs were as they stated, ‘a great way of capturing those feelings musically’. ‘Drunk’, the final track on the EP is about heartache and how you deal with that pain and indeed Marissa is evidently very adept at bringing raw emotions like heartache poignantly to life.

Incidentally check out the short film which accompanies Capo 3 which depicts Marisa’s relationship with her girlfriend, who she had to leave behind in LA-it’s actually great!

So with such creativity, it all points to a 2015 that could well see this talented twosome take things up a further notch-amazing.

Ok so here is our first foray outside of the UK and we head to Vancouver, Canada if your geography is questionable.

Now this 29 year old guy is so good it would be like saying that cutting your nails a little too deeply was damn painful it would be an understatement for it would be excrutiating causing you to reel off an expletive that begins with ‘w’ and ends with ‘r’.

Anyway David Morin is an exponent of soulful, jazz vibes-his vocals are smoother than a super model’s endlessly long legs and indeed he is totally classy. David learnt his trade and in fact continues to ply his trade as a busker despite his growing name.

A singer, guitarist and beat-boxer it was his tough up bringing in Vancouver that saw him find his passion in music. Since then David has progressed organically through word of mouth and of course great soulful music. The temptation to compare him to Justin Timberlake (because he is white) should most definitely be avoided he is plain and simple an infinitely soulful singer-he’s so soulful in fact he should be dropping a sermon-‘can I get witness?!!!’

He’s soul to his core and his debut single Life Goes On is a resounding testament to his innate soulful funky self- its production that just makes you two-step like a knee jerk reflex. It’s the first single taken from David’s forthcoming album Every Colour and I expect some amazing tracks.

Last up we head to the Ukraine and the 6 piece outfit The Erised-(in fact they are based in Sarff London though).

They are so good it would be like saying that getting your finger trapped in a door would be painful that would be an understatement for it would be so blindingly painful that a continuous flurry of expletives across the pantheon of expletives in French, German and Urdu would hurtle from your lips directed at that inanimate object the door.

Anyway The Erised kind of remind me of London Grammar and the way I felt when I first heard their mind blowing track Hey Now. Pray off their debut ep Desire evoked the same emotions-it’s special like seeing your first born child-can you imagine?

The group is fronted by their female lead Sofia Sukorukove (hence comparisons with London Grammar’s Hannah Reid)- she captivates and enthralls with equal measures-it’s distinctive and evocative. Their ep released on the South London label, Med School is a controlled elegant mix of electronica with gilted edges of pop expounded in the four tracks-it’s powerful stuff.

If I was to have a criticism of the ep, it would be that it was not long enough. After that level of engagement you hanker for more -I felt kind of short changed but it’s an ep of course so I will be grateful but that is the measure of a band who I think we need to keep a close eye on-I am a big fan.