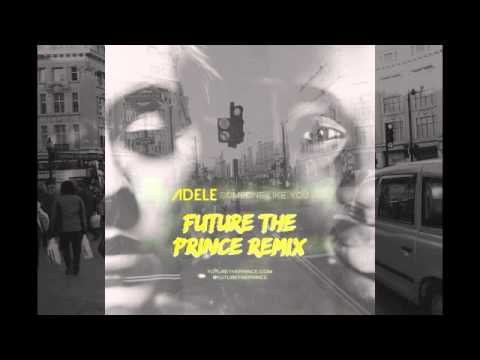 Flavour Magazine’s Shireen Fenner recently caught up with Future The Prince, Drake’s official DJ before the Club Paradise Tour kicked off in the UK. In this interview The Prince talks about him and Drake’s respect for one another, his solo career, understanding people as a DJ and the Young Money crew taking over. You have made yourself quite a name as a DJ, and yet your connection to Drake seems to have a large part of your success. Do you think your career would be very different now if you guys hadn’t come up together?

Yeah absolutely, I mean a lot of opportunities come from touring and being able to go to lot of places and have these big shows. From there that’s where a lot of the other DJ stuff stems. Would I be any less successful I don’t know because to me being successful is enjoying what you do and being happy. To me it’s just enjoying the ride and understanding this is something special, not only for me but for Drake too, for all of us.

Have you and Drake ever had any disagreements?

We have a difference of opinion on things, but that’s the best part of our relationship. I got to be honest with him at all times, and he has to be honest with me at all times. We just got to help each other be better at what the other one does; we’re all part of one team. We never have arguments, it’s always constructive, and it’s always trying to help someone be better or help our show be better. We’re too like-minded. Your always going to have difference of opinion it’s just how you handle it, as long as you have respect for each other, nobody will ever get offended or upset.

Any funny stories from being on tour?

I can’t really pinpoint one; its different because you’re with your friend’s everyday so everyday is funny. We’re pretty calm, laid back kind of guys, so nothing super wild. A lot of great things happen at shows that might be crazy to other people. People have tattooed Drake’s face on their bodies, a girl tattooed Drake’s name across her forehead, that’s probably the craziest thing I have ever seen, people committing that much as a fan.

Other than touring with Drake and Young Money, are there any other developments with regard to your solo career?

I still do my own DJ tours and travelling is a big passion of mine so I go to a lot of places I’ve never been to before, that’s what I always try to do with my time off. I use DJ’ing to get to those places, it makes it a little bit easier to know that your going out there to not only explore, but to fulfill a commitment and to be a part of a sub culture that’s within music in these other cultures around the world. Most of my career has to do with touring and being with Drake.

DJ to producer seems to be a natural evolution for many. Are we going to see you in the studio at some point?

I’ve always worked on music and I’ve always been part of the musical process in our team. I produced a remix for Adele for ‘Someone Like You,’ that was something I started and I want to come out with more in the near future. It’s just a natural progression to get into production and making beats and arranging music. I’ve put out a couple of mixtapes before and they’ve done really well for people, it just takes a lot of time to make them really special and really good. When I really settle down and get some time off I’ll start making some mixtapes.

What are you enjoying about the UK music scene at the moment?

The music is amazing; I really like funky house and the culture of Grime, and the sound and everything that embodies that. Coming all the way from North America and coming here and listening to music I’ve never heard before, that’s been built here and made here and is big here and accepting it and enjoying it means that it’s good music. I like good music and the people in the UK really take pride in their music, and they’re very cultured in music, so it’s always been fun for me to be a part of the music scene here. When I land in the UK the first thing I do is really try and find out and get caught up and reacquainted with what’s hot in the music scene. I got a couple of songs here and there that are pretty big that I can’t wait to drop. Labrinth’s Earthquake is a big record.

How has coming from a city like Toronto helped influence and shape you into the artist you are today?

It’s everything; it’s shaped everything that we are. Not only me but my entire team, it’s a big part of who we are. Growing up in Toronto is special you get a sense of culture, you get exposed to so many types of people and so many different walks of life. It makes you very open minded to go explore and understand parts of other peoples cultures that you incorporate into your life. It’s always been the most important part of our influence. London is the most similar to Toronto out of all the places I’ve been, from the people to the sub culture, that’s why I feel very at home when I come here.

Do you ever feel like the impact and importance of the DJ is sometimes slept on, and the DJs role is overshadowed by others?

It really depends on how much of a role you play in ones show. Sometimes shows are really band heavy and the DJ doesn’t really shine much, and sometimes the show is just the DJ and the DJ shines more. At the end of the day anybody who’s up on that stag looking for shine is doing it for the wrong reason. It’s about being part of one sound, whether it’s you and one artist, or you and a band, it’s all about all those elements coming together to make a great sounding show.

What is the most important attribute a DJ should have? Because we often see DJ’s with great technical skill who can scratch and do all sorts of tricks, but couldn’t get a crowd moving in a club if they tried.

The most important thing is to understand people and understand where you are. If you’re in the UK, go find out what’s hot in the UK. A lot of people from America come here and just play the same stuff they play in America, and it doesn’t really work sometimes. You got to be able to adjust, and walk into a room and look at the people and see what they like and see what they’re dancing to and keep up with that. Never play for yourself, always play for the people that are in the room, so I think that’s the most important attribute a DJ should have. It’s the thing I pride myself on.

What is the most enjoyable aspect about being a DJ?

Making people happy, making people have fun. You don’t know what’s going on in their day or in there lives, they could be having the worst day ever, and they walk into your club and it’s your job to take them away from all of that and make them dance for 3 hours and have the time of their lives.

Being able to control a mass of people’s mood and movement and energy is power. Does it give you a rush to know that you are the influencing and moving so many people? Almost like a puppeteer…

It’s an amazing rush when you have hundreds and thousands of people and there all moving to one beat, and your dictating to them, and their excitement and everyone singing along to a song at the same time.Young Money has been amazing, as a collective it’s given me a lot of opportunities to be a part of a change in culture when it comes to music. You can’t get in your car anywhere in this world and not hear a Young Money song.

What doors has being with Young Money opened for you? What does the future hold for future the prince?

Young Money has been amazing, as a collective it’s given me a lot of opportunities to be a part of a change in culture when it comes to music. You can’t get in your car anywhere in this world and not hear a Young Money song. The leverage that it gave me, and the leverage that it gives us a team to be that powerful in music is a great thing. What does the future hold; I don’t know we’ll see. I’ve always been excited about moving forward and taking advantage of the opportunities that happen as they happen. You can always look forward but sometimes you don’t know, an opportunity will come out of nowhere, and you’ve got to take it and run with it and just be ready for it.