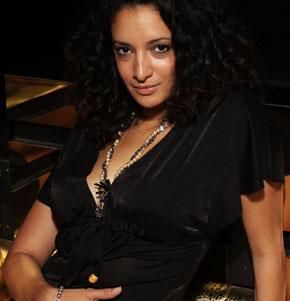 I believe in the concept that you can’t find a good guy in a night club, not that good guys don’t go to clubs, it’s more a case of his intention when juiced up on a cocktail of vodka and Champagne and listening to blame it on the a-a-a-a-a-a alcohol, while an endless stream of pretty, young girls gyrate in knicker flashing skirts, remain honourable?

So since a man has never approached me in the frozen section of the supermarket and I don’t go to art exhibitions, I figured the simplest way to get a date was to ask a friend to hook me up with her best single, male friend.

I have to admit I had a good feeling about Doctor……..yes she hooked me up with a doctor, let me not be modest, a surgeon! All be it a cosmetic one who only dealt with injectables but this dude had been to medical school and qualified which is two up from the last “doctor” I met, but that’s another story. I’ll admit to having a soft spot for doctors, I immediately give my trust to a man who has sworn an oath to be good and decent and help cure all sick people, or in this case help them look a few years younger.

We met in Knightsbridge in a bar he had suggested, to my surprise he was with a friend, a small man with a wide, almost desperate smile, who was completely over shadowed by the dishy doctor. He completely captivated me with his stories of wealthy older women and their botex requirements and his plans to open his own surgery next year, humm doesn’t sound that interesting in hindsight but imagine, 6 foot four of dark chocolate surgeon, with voice that resonated like an African drum and skin he himself had botoxed into smooth perfection.

His friend, can’t remember his name, let’s call him why don’t you go home got the various martini’s in and added to the early evening chatter, was quite nice to have a third person to break the first encounter nerves. Although he was rather dogmatic and wanted to antagonise me at every opportunity I guessed he was a little jealous, after all I was about to steal away his best friend.

“Are you single?” he asked me

“Come on this is London” he replied, “No one’s single!”

“Who is this guy?” I joked to Doctor Dish “Would you go out on a date with a woman if you weren’t single?” I not so much as asked but insisted.

Doctor Dish, obviously uncomfortable by all the nonsense kinda laughed in a sweet, humble way and went to the bathroom leaving me and this joker to continue the banter.

Shall we go back to his? He asked, what I heard was “When’s the wedding?” We might have been to three different places and spent 4 figures on the pleasure but I hadn’t forgotten how he shifted and didn’t answer so I asked the question again. “Are you engaged?”

“But what does it tell you about the state of my relationship if I’m here with you?” he begged with a hard on and lips moist from the kiss.

“Thought I could trust a doctor!” I said shaking my head disappointedly. As I picked up my coat and headed for the door.

I mean I am a lady of sorts and although sex on the first date should be a no-no, sex with a married or almost married man is not gonna catch me what I’m looking for. And while I’m being all grand about my morals it begs the question why I didn’t confront the flanderer from the outset. I asked myself the same question as I staggered to my bed, at 5am, drunk on the best champagne and sushi Mayfair has to offer. Ahhh bloody men.