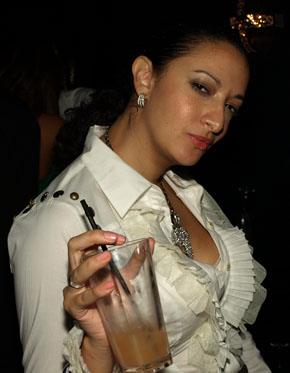 I upgrade my mobile phone every year, chucked out my bulky old TV for a slick HD LCD model and I’ll admit to picking up that Primarni number that was good for one night before I throw it in the bin.

We’re living in a world where so much becomes obsolete within months and disposable within days it’s hardly a surprise when this mentality spreads to our relationships.

I replaced Mr Dimples with his straight white teeth and rock hard abs because once all my friends had finished swooning, the novelty of lazing around watching pirate DVDs and eating oven food between his religious gym sessions soon got old. Mr High Flyer, city trader seemed a more serious option but then the credit crunch hit and Mr High flyer didn’t quite have the looks or sense of humour to carry him through redundancy, not without the yellow tail tuna from Nobu or the Bellini’s in Homes House.

I had a flirtation brewing with a questionably appropriate Swaggadadda who’s occupation was let’s say…..never discussed, but seemed stable in a rocky economic climate, with the charm of Denzel Washington, but more Training Day than Malcom X. I soon realised that I wasn’t the only one who had fallen for his charms, he had more chicks than diamonds in his Breitling watch, I decided I better jump ship before I got upgraded.

So now I’m single and I don’t mean kinda single or Facebook single, seeing someone who’s not boyfriend material but keeps me happy while I’m looking single, I’m talking ground zero. There are no men on the horizon or crawling their way back from the past. I’m like a little row boat, all be it with a high gloss finish and a chrome trim, bobbing around in the ocean but my oars are working and I’m on a mission to seek out some hot men. OK no, that was the philosophy that got me in this predicament in the first place. Just one hot man!

I’m the first to admit that my choices in men thus far have not always been wise, I’ve deliberated harder between sweet and sour prawns and Schezwan beef than whether I should jump into a new relationship, and that’s phrasing it for my mothers ears. So I should be thinking outside the box, search new places and techniques of flirting. Find that guy with the right balance of humour and sophistication, depth of character and full on sex appeal.

So instead of making the same old mistakes I should be bearing in mind that when my iphone is freezing up and the Sky box isn’t receiving a signal I’m left with old reliable BBC1 and that baby Eriscsson definitely never dropped calls like today’s high tech version’s do.

Follow my journey each week, it’s not always about upgrading to a shiner model, but I definitely want the best man currently on the market.