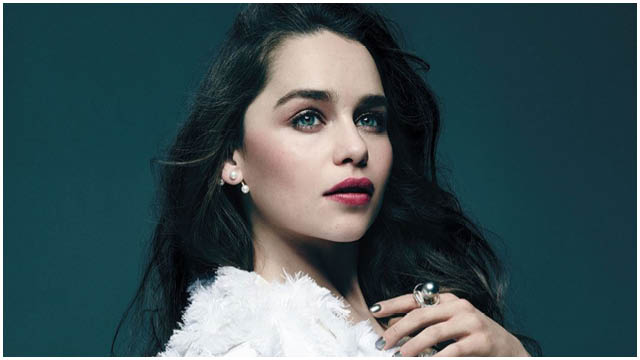 Our women of the moment, Game of Thrones star Emilia Clarke is the cover star of The Hollywood Reporter. The British actress who we just can’t get enough of stars in an ethereal shoot photographed by Miller Mobley.

In her interview, Emilia reveals she is dating ‘Terminator: Genisys’ co-star Jai Courtney which has left everyone in the office pissed as we where hoping that one of us would have had the chance to sweet talk her into going on a date with us. We can dream cant’ we?

Emilia Clarke tells the Hollywood Reporter that she turned down the ‘Fifty Shades of Grey’ role that went to Dakota Johnson.

“No regrets…I’d done nudity before and was concerned with being labeled for doing it again,” she says.

Check out her stunning images below from her photo shoot, we can’t wait for Game of Thrones Season 5 to start.