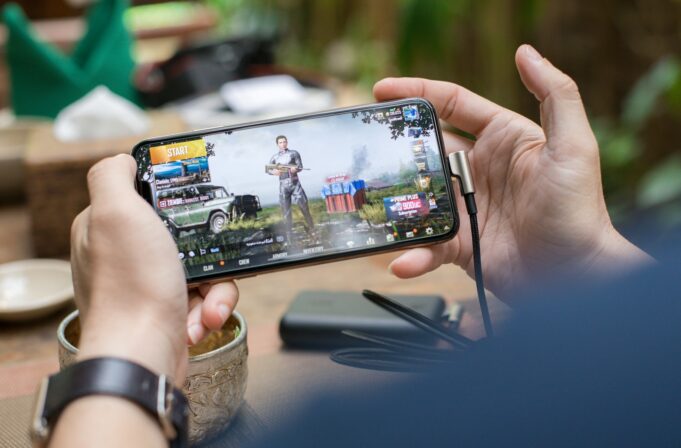 As a result of advanced technology, and the creativity, passion and persistence of game developers, who have created a game for every interest and fantasy imaginable. Gamers are everywhere. According to Statista, by 2021, there will be 2.7 billion gamers worldwide.

However, there is one device which takes precedence for gaming. The State of Online Gaming report reveals mobile phones are the most-used gaming device. Which is unsurprising considering the mobile technology we know today, is essentially a mini portable computer.

The Importance of Gaming

For adults, in particular, it allows them to harness their inner child and be playful in a world that demands for the most part that we should be responsible, gaming is now accessible 24/7, although it wasn’t always this way. Before the digital revolution, people played puzzles, board games and card games in person. While this still happens, the digital revolution revealed irresistible games such as Pacman and Donkey Kong in arcades. Additionally, the emergence of consoles provided people of all ages, a hub dedicated to their love of digital games. While the Odyssey (the first console) didn’t gain much success, it paved the way for other gaming companies such as Nintendo, PlayStation and Xbox to build upon and prosper.

When the internet was accessible for all to experience, online gaming across the globe commenced. Empowering players to game with people from across the world.

With the digital revolution, one particular genre of gaming surpassed other forms, gambling! For a look at its evolution, we can see how it captivated a global audience. And what it’s emergence has meant for physical casinos.

Over the years, gambling has endured changing attitudes and debates over its nature in an ethical and religious capacity. Although some countries today restrict its use. Other countries such as the US, UK and Canada, permit it but regulate it instead.

With the birth of the internet, in 1994, Antigua and Barbuda provided the opportunity for businesses to apply for licences to create casinos online. Aspiring land-based casino owners and entrepreneurs hoping to create a prosperous investment made applications.

At the time, there was no such thing as mobile-optimised sites. Meaning gambling platforms were often challenging to use, as were most other sites online. But as mobile technology, and internet search engines refined the online world to better suit surfers of the internet. The need for better, user-friendly websites were in demand. In response, Google publicised an algorithm, in 2015, for website owners to invest in optimising their sites for all devices. Otherwise, they risked their site falling down the search page listings.

Gambling companies invested in creating mobile-friendly sites. Not only to serve Google but also because they saw the benefit, it would bring to customers. In providing an easy to use platform, which would prevent bounce rates online.

There has been an evident surge in customers who are opting to play at an online casino, which is most likely linked to the convenience and the amount of choice available. When you login and play online casino at Betsafe, the themes can range from well-known TV programmes, to well known historical events and landmarks.

Clearly, gambling online has changed so much, it’s undoubtedly much more appealing and accessible than it once was. To highlight it’s increased following, the online gambling industry was worth £34.8 billion worldwide in 2019. Amazingly, this is set to double to over £70 billion in 2024.

Gambling online is a popular source of entertainment. Which often leads to the question of whether it’ll overthrow land-based casinos. Online casinos are continuously adapting, and becoming arguably, a problem rival for land-based casinos. As graphics, features, games and user-friendliness improve, interest has declined in land-based institutions.

Live casino access online, for example, enables a player to see and play the dealer in real-time on the screen. This is a popular attribute for online players, who enjoy the luxury a real casino brings – but are reluctant to leave their home to achieve it.

The next revolutionary change we’re likely to witness in the gambling sphere is the introduction of VR in a casino capacity as the live casino has proved popular and has since been adopted by multiple gambling providers. It’s evident players enjoy feeling immersed in the casino. With virtual reality headsets, people will be able to “walk-around” and play in casinos, while remaining at home.

The most notable technological change in recent years, which has affected, and propelled the gaming market to surpass other large industries, is the invention of the smartphone.

Mobile phone developers, Google, and game developers spurred each other on over the past two decades, to meet the increasing expectations of customers online, and refine the online gaming experience. Mobile has made it possible for people anywhere, at any time to play their favourite games. It’s unlikely any other known device shall compete with its technology for some time. However, Elon Musk has an idea that could eventually revolutionise gaming beyond comprehension. He’s invested in researching the possibility of immersing small chips into people’s brains. Which will eventually enable people to stream music, and make phone calls with their mind. And so, it’s possible; eventually, we may be able to play games from our brains!