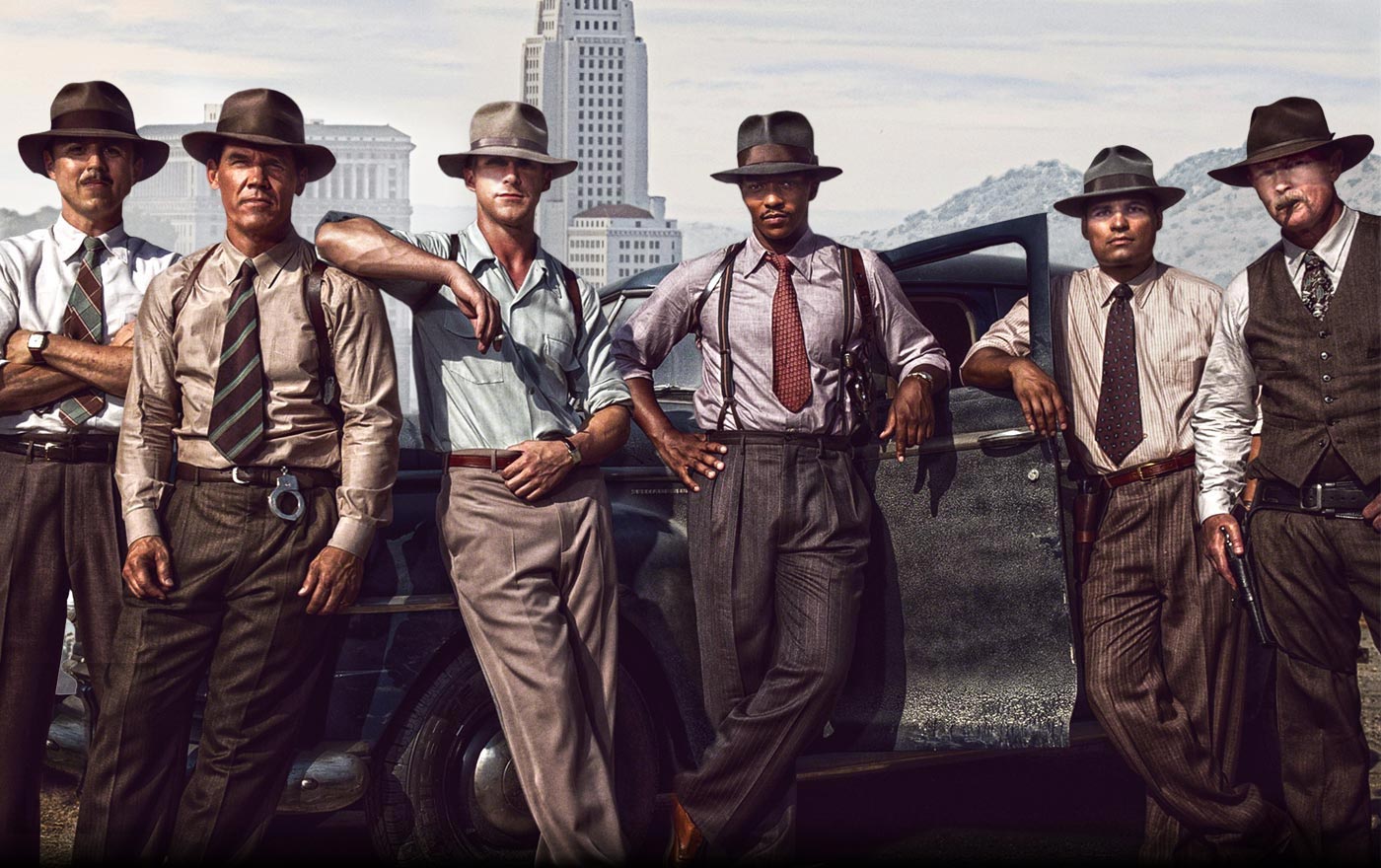 Dream team Ryan Gosling and Emma Stone (‘Crazy Stupid Love’) reunite for a different sort of outing in this crime drama set in 1940s and ’50s Los Angeles. Ruthless, Brooklyn-born mob king Mickey Cohen (Sean Penn) runs the show in this town, reaping the ill-gotten gains from the drugs, the guns, the prostitutes and–if he has his way–every wire bet placed west of Chicago. And he does it all with the protection of not only his own paid goons, but also the police and the politicians who are under his control. It’s enough to intimidate even the bravest, street-hardened cop…except, perhaps, for the small, secret crew of LAPD outsiders led by Sgt. John O’Mara (Josh Brolin) and Jerry Wooters (Ryan Gosling), who come together to try to tear Cohen’s world apart. “The Gangster Squad” is a colorful retelling of events surrounding the LAPD’s efforts to take back their nascent city from one of the most dangerous mafia bosses of all time.

Gangster Squad is released in cinemas nationwide from January 10.

Here’s what the critics had to say… • Marshall Fine says on the Huffington Post: Gangster Squad patches together clichés of the gangster movie that were old when I was young, secure in the belief that a youth audience either doesn’t realize that it’s all been done before — or doesn’t care. From Jimmy Cagney to Sean Penn’s Mickey Cohen in this film, it’s always been the same: the megalomaniacal crime boss with money to burn to corrupt the power structure of his city, battling a small group of cops who refuse to be bought.

•Todd McCarthy from The Hollywood Reporter writes, “Ultimately, Gangster Squad is all about instant gratification, almost as much for the characters as for the viewer. The film pays corny lip service to the idea that, by using thuggish, extra-legal tactics, the off-the-grid cops are lowering themselves to the same level as the gangsters they’re pursuing. No lines of dialogue here ring less true than these, as everything else bout the film so fully endorses their Wild West methods.”

• “It’s here that a fascinating true-crime foundation gives way to fantasy; there are moments in Gangster Squad where Fleischer is so far out on a limb, it makes Dick Tracy look like a documentary,” Variety’s Peter Debruge says. “But it’s all in the spirit of classic B-movie fun, and however over-the-top the action gets (a shootout in the lobby of the Park Plaza Hotel is a veritable orgy of bullet casings, blazing muzzles and flying shrapnel), every creative decision seems to be in service of telling the most entertaining possible story, backed by first-rate wardrobe and art contributions, and underscored by Steve Jablonsky’s might-makes-right music”

• Andrew Jones from BoxOfficeBuz.com says, “Gangster Squad may be based on a true story, but it doesn’t mean the film is limited to dry dialogue and slow-paced build-up. The film takes itself as seriously as Taken 2, and throws in plenty of stylistic elements, schlock and writing that would be as cool coming from Cagney’s lips as it does Gosling’s. This is a fantasy of the criminal genre and a love of old time Los Angeles fulfilled on screen. Not subtle, but plenty of fun to watch unfold before you.”

• “Is The Untouchables untouchable? Gangster Squad director Ruben Fleischer has set out to prove not. His slick, all-star film takes the same dynamic as Brian De Palma’s Chicago classic—law-enforcers go off the books to battle a gangster on his own dirty terms—and transplants it to LA, aiming for something bigger, glitzier, nastier. But while it’s not lacking in visual razzle-dazzle or blood, story-wise it rarely manages to shock or excite. Where it does succeed, though, is with its villain,” Empire magazine’s Nick de Semlyen says, and adds, “Sean Penn’s not been this fun since Jeff Spicoli and there’s plenty of rip-roaring action, but Gangster Squad proves a minor entry in the annals of LA noir.”

• Doug Norrie from Cinema Blend writes, “A film so unapologetic in its historical discrepancies that it doesn’t even throw a ‘Based on true [anything]’ in the trailer. And while it maybe shouldn’t matter, it might for critics. When a movie looks like extracted more context from a video game (L.A. Noire maybe) than reality, we may be left with a flick that actually just is a video game reel put up on the big screen with a bunch of famous faces. This might not bode well for director Ruben Fleischer.”