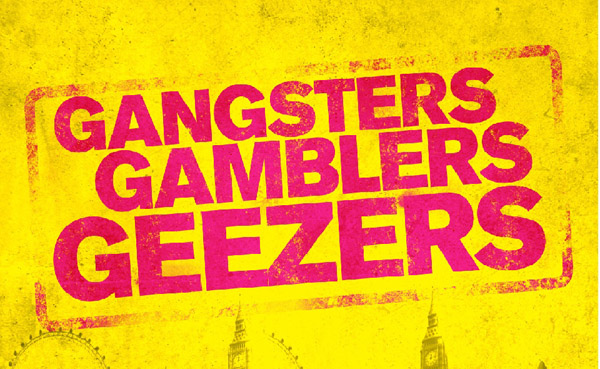 The urban comedy is surprisingly sparse in the market with Guy Ritchie’s Lock, Stock, and Two Smoking Barrels & Snatch at the forefront.

Others are parodies such as Anuvahood and Ali G which have become cult classics. However, none of these big names have been released in the past 5 years.

Gangsters, Gamblers and Geezers is the story of two male call-centre operators Krish and Lee, who lose their jobs and have 48 hours to pay their landlord played by Richard Blackwood in what could be potentially funny role but is lost in a sub-par script. The dash for cash leads them through comical set pieces from posing in blackjack games to hiring themselves out as male escorts, making many enemies along the way.

The plot itself is fun, adventurous and cheeky but unfortunately, is let down by every other aspect. It’s clear the film is very low budget, which itself isn’t an issue but when this is reflected through camerawork, editing, sound, location etc. it’s extremely jarring and hard to take seriously. Combining this with corny lines that aren’t speech realistic and wooden, stiff acting, it really really misses the mark on many levels.

Some good ideas are there but they become derivative of other films such as the computer smashing scene lifted straight from Office Space. The two leads are reminiscent of The Inbetweeners but without careful consideration become completely misogynistic and laughable as there’s no lack of self-awareness or comment on society. It ends up becoming not a parody but a real representation of perhaps the writers think men should behave.

There are scraps of something good here in Gangsters, Gamblers, and Geezers but with the execution being inexcusably amateur, it’s not worth considering with the films that are already out there.