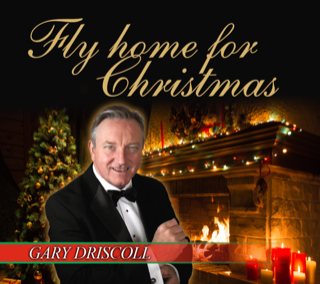 Gary Driscoll grew up in London, where he has been in the entertainment industry for 26 years. Throughout his career he has featured in two true crime films; ‘The Wee Man’ and ‘Rise of the Foot Soldier 3.’ Being chosen to perform in these films spurred him on to now produce his own music.

His biggest inspirations range include the powerful voices of Frank Sinatra to Matt Monro, showcasing where his smooth, soulful sound comes from.

Fly Home for Christmas is a joyful song written by companion and songwriter Mark Leen. The lyrics speak about being together at Christmas and the importance of being with loved ones at this special time of year.

Gary Driscoll hopes that his single can make a stamp on the Christmas market by bringing some love and music into peoples homes.

Fly Home for Christmas is available to listen now.