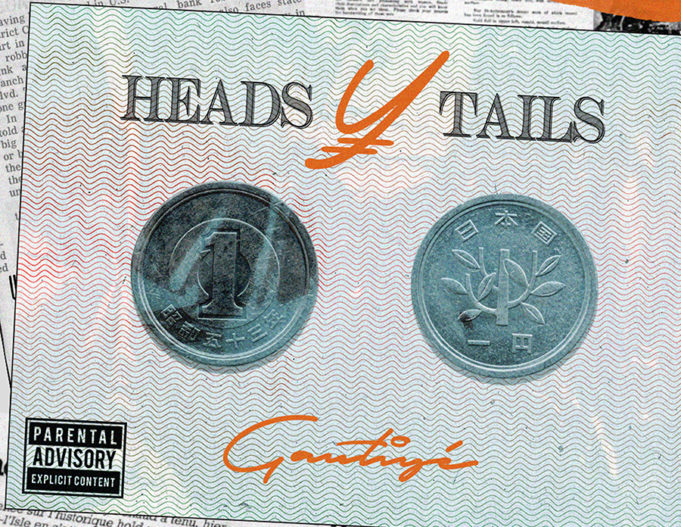 Up and coming Hip Hip artist Gautiyé will release his 2 latest songs in an EP titled Heads ¥ Tails on 16th November.

Heads ¥ Tails is a compilation of his two newest tracks both of which demonstrate his Hip Hop flare. The title draws inspiration from the two faces of a coin, representing not only the music but also his lifestyle. Heads exposes his nightlife side, more extrovert and naughty and tails which refer to his calm lover side, outside the club scene.

Gautiyé started his journey from Paris to London where he arrived with nothing, very little money and no place to live. Never giving up his fight lead him to where he is today, taking over the London nightlife scene.

His passion for music comes from playing an array of instruments in his childhood, ranging from piano to trombone. His sound now gives off an alternative Hip Hop vibe that keeps surprising with every song.

Along the way, he encountered many famous faces such as The Weeknd, G-Eazy, Post Malone, Chance The Rapper, each of which helped to trigger and bring to life the musician he had sleeping inside him.

His music has drawn in an impressive 14k followers on Instagram, a number that not seen by many artists at this stage in their career.

Expect to hear Gautiyé’s two new tracks on the release of Heads ¥ Tails on 16th November.