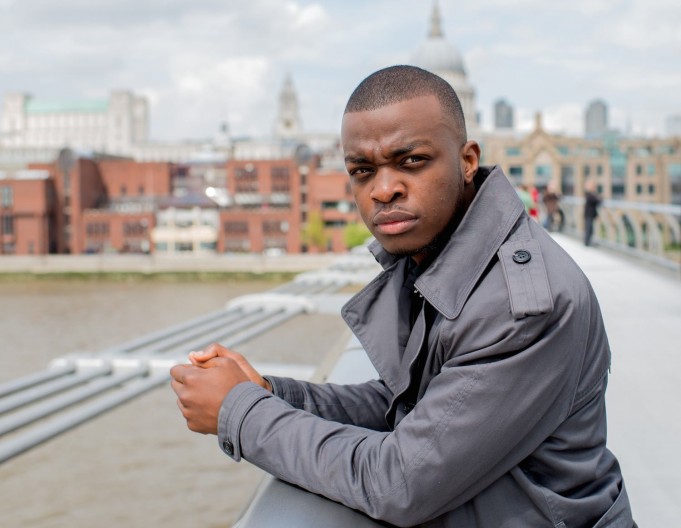 ‘Remember Your Soul Is Your Brand’

At just 24 years old, George the Poet aka George Mpanga has a degree in Politics, Psychology & Society from Cambridge, he’s an ambassador for the Princes Trust, is signed to Island Records and has just recently been shortlisted for the MTV Brand New 2015 list with Emporio Armani Diamonds as well as a Critics’ Choice Award at this year’s Brits. To be frank, he puts those who appear on Britain’s Got Talent to shame and is currently shining a great beacon of light on the often overlooked literary art that is spoken word.

Young, gifted and black – George puts his success down to his dynamic upbringing and despite living in one of the roughest estates in Harlesden, London he was surrounded by positive people who believed he would always do well.

Growing up George listened to a lot of rap and Grime music when he was a kid, referencing artists such as Tupac, Nas, Eminem, Skepta, Wiley and Ghetts as big musical influences. Frustrated by the lack of opportunity in his area and the fact that none of his friends went to University like him, these factors inspired the direction his poetry would take.

‘I wanted people to hear what I had to say more clearly, so I took the music away.’

Despite the contrast between the two worlds George knew, he would write ‘constructive as opposed to speculative’ poetry in his room, his car or whilst travelling on the train between studying for his degree and visiting home. Then in 2012, which George refers to as a defining year, he finally found his place in the world and a new-found perspective on life.

That year, George won a social enterprise called The Stake which was a £16,000 grant funded by Barclays and Channel 4 that he used to fund school poetry workshops in underprivileged schools across London. He was then selected as ‘the face’ of Radio 1’s Hackney Weekend and commissioned by Sky to write poetry to accompany the televised coverage of Formula One.

Fast forward to 2015 and he’s been flagged as one of the hottest upcoming music acts in the industry. He’s on a mission to make his music matter so much to people who it affects structural change to society which is what he also talks about in his debut book ‘Search Party’.

‘We’re all human beings….if we decide to do things differently to the structures around us then we’ll have a better world. But the reason this doesn’t happen is because we don’t talk to each other and so the people running the structures don’t know about people like me. But if I can reach them through my music then I could be the advocate for my people.’

And when I ask George what’s the legacy he wants to leave behind, he swiftly answers; ‘He showed people how to unlock their potential…’ and something tells me, through his poetry he’ll do just that.

You can also catch George on tour across the UK from February kicking off in Glasgow. Otherwise you might bump into him at popular spoken word hangouts; 93 Feet East in Shoreditch, Apples & Snakes, Lyrically Challenged, Chill Pill or Polar Bear at the Roundhouse.