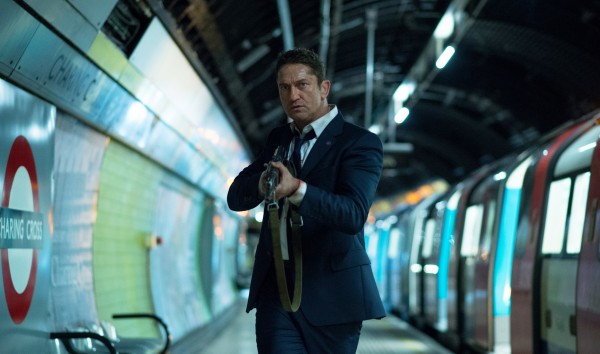 Production Company Mad as Birds confirmed that the film is set for an early 2017 shoot in the UK.  Protagonist Pictures will introduce the project to buyers during AFM this week.

Kristoffer Nyholm, whose TV credits include the classic first series of The Killing from Denmark’s DR, hit UK miniseries The Enfield Haunting and upcoming period adventure Taboo starring Tom Hardy for FX and BBC, will direct KEEPERS from a script byBAFTA Cymru Nominated screenwriter Celyn Jones (co-writer and star of Set Fire to the Stars) and actor/writer Joe Bone (Castles in the Sky) . KEEPERS will be produced by Andy Evans, Ade Shannon and Sean Marley for Mad as Birds, Butler and Alan Siegel for G-BASE and Brian Oliver for Cross Creek Pictures. The project was brought into Cross Creek by Jason Seagraves who will serve as Executive Producer. The film is cast and co-produced by Reg Poerscout-Edgerton.

On an uninhabited island 20 miles from the rugged Scottish coast, three lighthouse keepers arrive for their six week shift.  As Thomas (Mullan), James (Butler) and Donald (Alwyn) settle into their usual, solitary routines, something unexpected and potentially life-changing occurs- they stumble upon something that isn’t theirs to keep. Where did it come from? Who does it belong to? A boat appears in the distance that might hold the answer to these questions… What follows is a tense battle for survival as personal greed replaces loyalty – and fed by isolation and paranoia, three honest men are led down a path to destruction.

Says director Kristoffer Nyholm of today’s casting: “I feel incredibly fortunate to have Gerard Butler, Peter Mullan and Joe Alwyn leading the cast of KEEPERS- great actors who are deeply committed to this project, and who will go the distance. These men are the strong and unique characters at the heart of this story, which is a journey from innocence to animalistic survival. KEEPERS was great to read, will be an adventure to make, and terrifying to watch!”

Co-writers Jones and Bone, who conceived the idea for KEEPERS whilst starring together in biographical drama, Castles in the Sky, add: “Our objective was to create a unique script that Kristoffer wanted to direct, great actors wanted to perform and a wide audience will want to see. We also wanted to say something poignant about trust and the frailty of the human condition. KEEPERS has all the shock and awe life can offer, wrapped up in a film that we hope will cling to its audience well after the last reel stops turning in the cinema.”

Protagonist Pictures CEO Mike Goodridge adds: “This project has been close to our hearts for a couple of years now, so it’s exciting to see it come together with such a perfect cast. We have been waiting for Kristoffer Nyholm to commit to his first feature film, so are thrilled to be presenting this heartstoppingly suspenseful package to international buyers at AFM.”