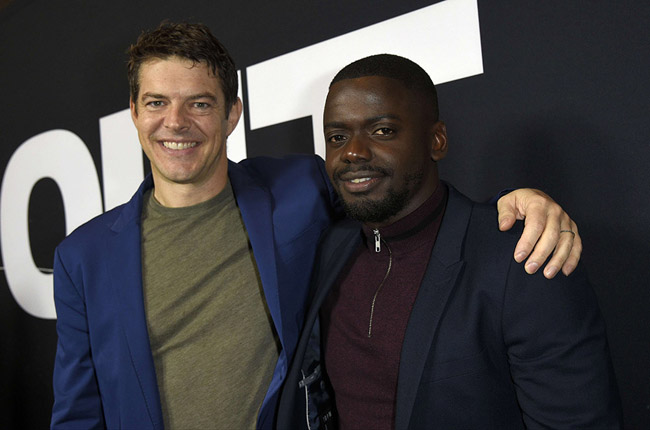 To celebrate the release of the runaway socially conscious thriller/horror Get Out we got the chance to have a chat with the pioneering production company who was behind the film, Blumhouse Productions very own Academy Award nominated and two-time Emmy winning producer Jason Blum.

Jason Blum was recently named to the TIME 100 list of the most influential people of 2017. This year alone Blumhouse produced the blockbusters Split from M. Night Shyamalan and Get Out from Jordan Peele, which with combined budgets of less than $15 million, has already grossed more than $460 million worldwide.  This man is certainly heading for world domination as his projects in 2017 are coming thick and fast with the announcements of the remake of Halloween and the highly-anticipated sequel to M Knight Shyamalan’s Unbreakable and Split, Glass to name just a couple.

We sat down With Jason Blum to chat about making Get Out, working with Jordan Peele on his directorial debut as well as his future plans, he was even kind enough to impart some advice on what makes a successful filmmaker.

Essentially, Get Out is Jordan Peele’s baby, from directing, writing and producing the film – How did you get involved?

Yeah, it really is! The script had been kicking around for a couple of years, I was tipped off about the script by a friend of mine, I read it and I loved it. I said I’ve got to meet this guy, we met two days later. He was so clear about what he wanted to do and the way he talked about the movie and what he wanted to do was so compelling, We look for things that feel different, right, that has never been done before. The idea you could make a genre movie about race had never even occurred to me, I was in love with it, met with him and said yes on the spot.

Did he try to overrule any decisions you made in the process of making Get Out?

He had final cut, like all of our directors. I give all our directors final cut, but the process was a very healthy process. Usually, when you give final cut to the director they want to hear your ideas as they aren’t worried that they aren’t going to get their way, they know they are going to win the day. So, the only heated conversation we had was about the trailer and not the movie, Jordan had a very strong point of view about it and I had a different point of view about it, he dug in and we went with what he wanted because I believe you have to go with what the artist wants. He turned out to be totally right, I wanted to put in the trailer what revealed more than we should have revealed and Jordan fought against it and thank god he did because he was right.

Did you at any point think after reading Peele’s screenplay that you thought this is going to be a huge hit?

Never, I mean never when you do what I do, you never think that. We thought the movie would open well; it did three times what our high-end expectation was.

Considering it was Peele’s first outing in this genre wasn’t it a big gamble for you to get involved?

It’s always a gamble to work with a first time director, we rarely do, but the exception’s we have made, we’ve worked with Joel Edgerton, we worked with Jordan Peele and we’ve made exceptions based on the fact that both of those people… It’s not really fair to call them first-time directors because they have spent so much time on sets, so that gave me a lot of comfort. I’d be very loathed to work with a 23-year-old who made a great short, studio’s love to hire that man or woman but I don’t like doing that. But Jordan and Joel had a ton of on-set experience so I felt comfortable with them, and I was right too because they are both spectacular directors.

Get Out touches on the issue of racism (a topic which is prevalent in today’s world) which is a unique subject (but an effective one) for a horror to explore – This is a fresh take on a genre in which can get quite stale at times – Was this an attraction for you?

It does have some old Hitchcockian elements but yet has that modern feel with the kind of humour used from Chris’s best friend acting as though any audience member would normally do watching these films – How important is it that you’re able to connect with audiences in this way?

Yeah it was, you start this movie like a romantic comedy, white people will relate to her and black people to him in the beginning and then by the middle with a mixed race audience, everyone winds up on Daniel’s side and it’s great the way that Jordan pushes the audience together which I really loved. One of the things I always task all the executive’s at the company with is I say I would love to make movies like what would Hitchcock make if he working around today and I think Get Out is a great example of that. Hitchcock of 2017.

The casting of Daniel Kaluuya, a British actor, ruffled the feathers of Samuel L. Jackson, which I found quite stupid. With Daniel, was it just a case of he delivered the best audition?

Jordan was in charge of all that but we put different people in front of him, but Daniel is someone he landed on very early on and he wasn’t someone we put in front of him. He found Daniel on his own, I had seen him in Black Mirror, and he really makes the movie work, he just gives an amazing performance, I don’t think the movie would have worked with anyone else in that part. So we were very glad we cast him.

You successfully worked with M Night Shyamalan on the James McAvoy lead Split, and he has just announced that he will be teaming up with you again for the last in his Unbreakable, Split trilogy with Glass. Now, You like to have your Films scheduled pretty much shown up years in advance – How far back was it decided that Split and Glass were part of the Unbreakable trilogy?

I did not know about it, I think Knight has had this kind of had this mapped out in his head for years. He would tease it out to me every now and again. He’s very private about that and kept it very much to himself. He had this thing all figured out, he’s a great strategic thinker that way and I really admire him for it.

Blum went on to state at the time the interview took place in May that he hadn’t even read the script as yet.

It certainly seems like you’re going for world domination both on the big and small screens – Is there anything that you haven’t been involved with which you would love to be a part of?

I mean there are a million things, I have no interest in doing huge budget movies, on TV we are really doing everything. I think there is an edgy comedy in our future, So, the Blumhouse part of it would be the edginess, I would like to tackle that, we tried comedy a couple of times and it hasn’t connected, didn’t really work. I don’t think it makes for good choices to say I’m looking for certain types of movies, we look for good stories whatever they are we make them.

You’re jumping on the remake bandwagon with Only You with David Oyelowo in Firestarter and Halloween; don’t you think the market is becoming a little saturated with remakes?

Well, ours are going to be better (laughs), You’ll have to judge for yourself, I think Danny McBride and David Gordon Green doing Halloween is going to be pretty unique.

You have an uncanny knack of making films on a small budget only for the returns to be extremely large going as far back as Blumhouse’s first model of Paranormal Activity which was made for $15,000 and grossed near enough to $200 million. – For any young film makers out there, could you share the secret to your success?

Don’t wait for the world to say it’s OK to go and do something. The way to do that would be to go and write a thing and wait for money, no I would say write something you can shoot on your phone and in your apartment and make it and keep making it. The more shorts you make I guarantee the better you’re gonna get at it. The one thing I have learned is not to spend time trying to raise money for it, you only become a good money raiser and not a good director, you’re much better served just getting out there and making things and writing things to the tools you have in front of you.

If it’s a TV set and a table and a sofa, write a scene about two people who come into the room and something crazy happens but that’s what my advice is and not wait for the world to validate you. Especially with the internet, if you make and post 100 shorts one of them is going to catch, and if one out of a hundred shorts doesn’t catch maybe it’s time to think about doing something else.

Get Out is now available on Blu-ray and DVD