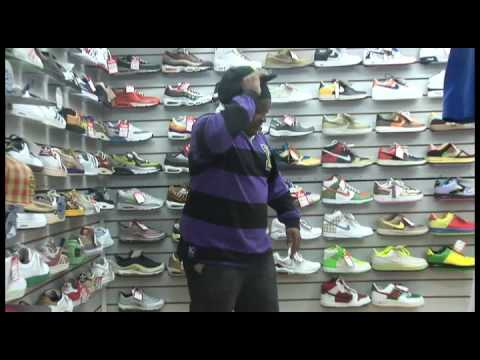 Ever fancied randomly busting a red-hot dance move from the past? Well, now is officially your chance to Bring It Back!

Bring It Back 321 has already been a huge You Tube viral sensation – with big UK urban acts hopping on board the Bring It Back dance, including chart toppers N-Dubz, Tinchy Stryder and Kele Le Roc.

It is no doubt destined to be THE dance craze of this year!

The video is set to an addictive Funky House track, and features dance fans performing some of the greatest ever old skool dance moves such as The Running Man, The Butterfly and The Robot Dance. The viral has clocked up thousands of views in a matter of DAYS and now there are plans for an OFFICIAL release in time for Carnival season!

The UKs biggest new social network, In4merz, have just been taken on board to bring the viral to the mainstream – putting Bring it Back 321 to the forefront of 2009 youth culture and getting young people to rewind, and recreate their favourite moves.

In4merz is a rapidly growing social network backed by schools and colleges, whereby students promote music projects online in order to earn points which turn in to prizes! In4merz are the official promoters of breakthrough acts Lady GaGa, The Saturdays, Taylor Swift and Jonas Brothers.

For more information or to sign up to In4merz and help bring YOUR favourite dance move back, log on to www.in4merz.com