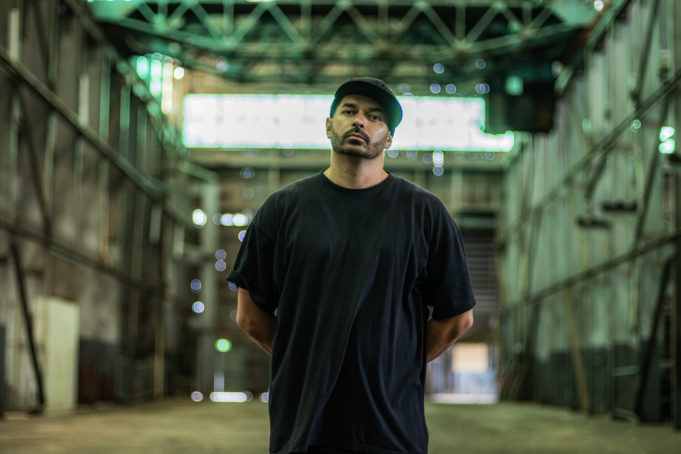 Whilst rappers come and go, Australian hip hop artist NJE has managed to stay in the game for almost 20 years and counting.

Longevity is key in the hip hop business, in addition to being humble which are key assets that NJE has and is exactly what caught our attention of this rapper. Not to mention his latest release which is a captivating single, ‘Ballad For The Brokenhearted’ tackling mental illness.

We sit down with NJE and chat about his latest single, who he thinks is on the glow up in Australia and how he’s still an old school hip hop head.

You just released a new single, can you tell us about it?

Yes, I did and it feels good. The new single is called ‘Ballad For The Broken Hearted.’ I wrote the track as an outsider looking into people’s real-life struggles. I also took from my own past experiences too. I wrote this one to be a voice for voiceless. I also wrote it with some light at the end of the tunnel too. I want people to know they are not alone if they just reach out & speak up. People want to be there for you and people want to help.

Who are your influences and why?

My main influence is life. The constant journey always gives us musicians so much to write about. I like to write about what everyday people are going through you know, like how we see it as Australian people. As far as artists’ go I’ve always looked up to and been influenced by the likes of Nas, Outkast, Black Thought, Big Pun, Jay-Z, Eminem, 2Pac, The Notorious BIG, J.Cole, Action Bronson. I appreciate lyricism and the way these artists have done it. I also love 70’s soul and funk with a passion.

Are you currently listening to any grime artists? If so who?

Not really. I’m more of an old soul. I listen to more old school hip hop or the classic soul grooves.

Who are you listening to now?

J.Cole is someone who I really enjoy of the new school cats. Chris Rivers (Big Pun’s son) is very nice with it too. I also dig Action Bronson when he comes with that fire flow. Besides that my iPod is laced with hip hop classics

Any other Aussie rappers we should know about?

I gotta give props to Adelaide based emcee to now NYC based Nelson Dialect. This guy’s music is nice. He’s been doing it for years and is now getting some love around the globe. Props well due. Maundz out of Melbourne is always delivering the goods. P.Smurf outta Sydney is just raw and full of bars. Got to take my hat off to Jonniepee too who is now back in Perth. Speaking of Perth, Complete is killing it right now. Props to any local cats putting in work. I see you.

Next up, I’m doing single launches for this one in Sydney, Melbourne (TBA), Adelaide & Brisbane. Tix is available now. Then it’s back to the studio to wrap up this album to get out there for the people. The album is called ‘The Evolution Of One’s Self’ and it’s my fourth studio album.