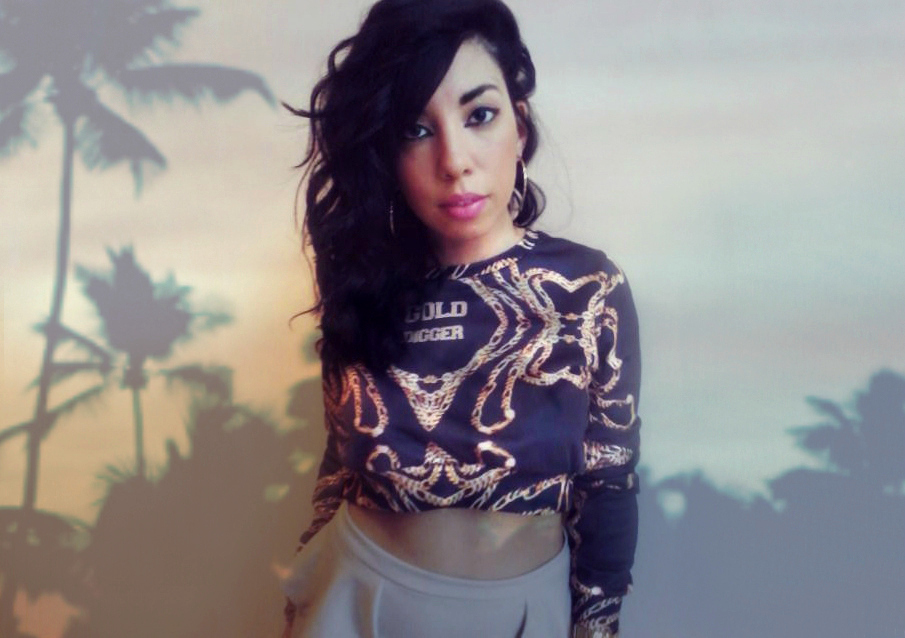 Tamara Saul is a young girl from Croatia with big dreams. She is classed as an R&B artist with an edge – covering the likes of Drake and Notorious B.I.G, Tamara is currently paving her way in the music industry. Her new song ‘Pink Skies In Dark Nights’ is smooth electro/alternative R&B track produced by RBMA grad, Russian producer DZA and is one of many more quality tracks to come from this singer/songwriter. We sat down with Tamara to ask those all important questions. Read our interview below.

You’re known for R&B music, what attracted you to his genre?
R&B has always been this music that gets my heart going a bit faster. I listened to a lot of TLC, Destiny’s Child, R Kelly, Usher when I was growing up and I think that music you listen to defines the way you see the world, in a way. Or is it the other way around? Plus, R&B wasn’t that popular over here, so I had to make that much more effort to surround myself with it, which also brought some charm to it.

But we understand you also have a love of Hip-hop with your previous track ‘Biggie Say My Name’ a twist on Drake’s Girls Love Beyoncé?
I do, I do, and I really had to have my say on it! I had the idea the moment I heard Girls Love Beyonce. I felt that as the new girl I had to express my own point of view. The thing is, it came so easy and naturally so I just knew I had to drop it though I didn’t feel that song needed refixing at all. Actually I thought I was a lil cray. Hey, you don’t just go and refix Drake’s song about Beyonce! Hahaha I guess you have to be a little crazy to do this wonderful thing called music.

Now this might be a tricky question, if you had to pick between Biggie and Drake who would you choose?
Oh, this is just so unfair, love them both. Hmm, I’ll say: Sorry, Drake! [Oops, what am I saying, there goes my career hahah.]

Hip-Hop has become a popular genre in recent years, and in some ways has overtaken R&B music. Why do you think this is?
Drake & co hahaah! I was missing something in R&B for a minute (I am not saying artists weren’t working hard or that there was no good music), but change has definitely happened and it’s sooo good now, I’m really inspired when I hear great new music daily, I think it’s important to be supportive of other artists too, because that’s what makes the scene stronger. In the meanwhile, hip-hop took over, but it also affected R&B, in fact I think hip-hop did good things for R&B and vice versa, in terms of song motifs, let’s say. R&B also did some great things recently, being more open and socially aware, talking about gay love or poverty. It’s great to have that kind of honesty. I mean, the good thing is that it’s still entertaining and fun, on the other hand, it gets raw and real. Things have changed and change is good. So you started out at the age of 15, where did your passion for music come from?
I really enjoyed singing and tried to copy other artists, but then I tried making my own music. I hated it at first, nothing came out as I wanted it, we played this little game called ‘hot and cold’, but after some time I realized i was getting better, I mean a lot better so I decided to stick to it because all you really need to do is work hard. I didn’t think much about how to pursue music career at the time, I just enjoyed working on my songs and exploring sounds I can make.

Many singers tend to change their name for their career, why was it important for you to be known as Tamara Saul?
When it means ‘asked for, prayed for’ its good karma to go with it, especially when you’re trying to build something from nothing.

You’re from Croatia, have you found it hard trying to break into the music scene outside Croatia? What are the biggest challenges you’ve faced?
I think it’s hard for any artist out there, and yes it does feel that much harder trying to break into the music scene as a ‘little girl’ from Croatia. Then again, I am talking to you right now, aren’t I? That must mean things have their own way of working out when you’re trying hard doing your thing and not giving up, no matter where you’re from or who tells you that you can’t do it. Big thanks to those people, and I really mean it. Those kind of put-offs make me fight for what I want.

What is one Croatian delicacy you can’t live without?
First of all, I can’t live without Vegeta (mixture of spices). When I lived in Paris, found it in a small shop owned by an Asian guy, he had also been selling exotic fruit and vegetables from all over the world and Asian spices, my friend and I were really surprised to find it there. I’m also crazy about chevapi, burek, sarma, and prosciutto. Oh prosciutto, I love you so. Also, if you’re ever in Croatia, don’t forget to try kulen. I also can’t live without sataraš. A lot of Googling for you guys now!

In the future which country do you see yourself making a permanent home?
Tried Paris and loved it but I think UK is my next stop, we’ll see, don’t talk the talk, walk the walk, ha. As much as it’s cheezy to say, it’s actually quite true.

So back to the music, you released your Neon Lights EP earlier this year, can when can we expect another EP or album?
I’ll drop a new track with this young UK producer called New Mantra soon, and an EP hopefully early 2014.

What is the ultimate dream for your music career?
‘Number two, never let ’em know your next move.’ Haha, well I scribble down my big plans on little pieces of paper but I like to keep them to myself, I’m really afraid to say out loud. My ultimate dream is also to make my family proud. Wow, I’m rhyming like Lil Wayne.

Anything you’d like to tell the Flavourmag readers?
Stay flavourful and thank you for taking the time to read my words of wisdom hahaha! Thank you for checking my music.