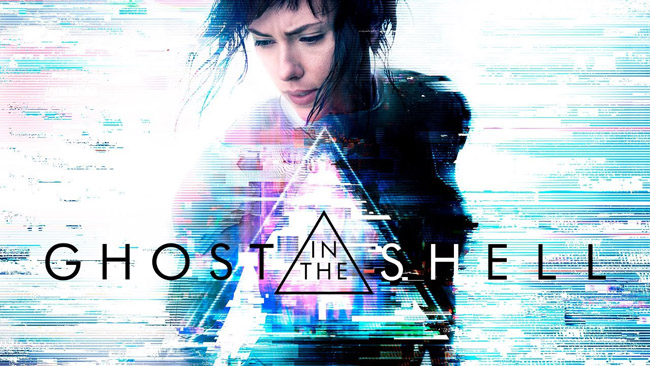 Under tight wraps for months, Ghost In The Shell emerges into the daylight this week.  But does it give us an original take on the android theme, or something much more familiar?

Clues that a film may not live up to the hype. Clue one: the film company don’t want any reviews to appear until the day it’s released. Clue two: the title can be turned into an unfortunate acronym. Both apply to Ghost In The Shell.  Or GITS, as it’s affectionately known.

The hype has been considerable.  It’s based on the popular manga comic of the same name and Scarlett Johansson in the lead created headlines by itself.  I’ve seen some anime, but not any manga, so I can’t compare the film with the Japanese original.  Let’s just concentrate on the film as it stands.  It’s set in the near future and Major (Johansson) is the first of her kind.  A human who was involved in a serious crash, whose brain has been preserved and whose body cyber-enhanced so that she’s the perfect soldier.  When terrorism acquires the ability to hack into people’s minds and control them, she’s the one to stop it.  But she’s also searching for the truth about her past.

So that’s the story.  Sort of.  Because it’s a whole lot more convoluted than that, although just a moment’s thought tells you two things.  Firstly, it has more than its fair share of holes and incongruities and secondly, as stories go, it’s way more skimpy than that.  Ghost of a plot, if you like.  We’re also on familiar territory, that of the classic Blade Runner, where the beautiful android Rachel (Sean Young) also struggled with the possibility of having a past and those inconvenient human feelings that kept niggling at her.  But, even with all the interest in robots and androids and their place in current and future society, Ghost In The Shell tells little more than we already know.  What it does tell us is that Johansson has a purpose – and after the third time, we’ve got the message.

It’s not the only time that Blade Runner rears its head.  Take a look at that cityscape and its extraordinary advertising.  Advertising, incidentally, that breaks the first rule of the profession – because most of it is so high up nobody on the ground will ever see it.  Admittedly, there’s no flying cars this time round, but the massive skyscrapers, advertising and constant rain are very much in the Blade Runner mould.

The sweeping and swooping aerial shots of the city are enough to give you vertigo and those skyscrapers are impressive.  In fact, the entire film is a visual feast.  Nobody can fall into some water without the displaced liquid heading straight for your face.  There’s some fascinating set pieces, particularly inside a nightclub where the androids provide the entertainment.   But, while it’s good looking, looks aren’t everything and the film over-relies on its visuals.

The visual appeal, and the prospect of a kick-ass Johansson, will no doubt be enough to put bums on seats.  So it’s no surprise that the final sequences set things up for a sequel.  But if there’s going to be one, it’ll need to offer more than just a pretty face to bring audiences back for a second helping.

Ghost In The Shell is in cinemas from Thursday, 30 March.