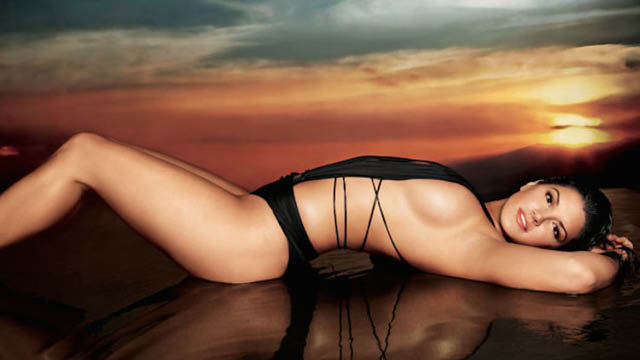 Gina Carano is the badass girl from Fast and Furious 6 as well as other films live Deadpool, Ring Girls and Haywire.

Gina Carano is swiftly making a name for herself of the toughest, sexiest, hard hitting female on film. Her moves will blow you away and her body is to die for.

The female strong girl who looks like she could knock out Ronda Rousey is set for big things in 2016. You may remember Gina Carano playing Dwayne ‘The Rock‘ Johnson’s side kick in Fast and Furious 6 as Riley where she has a cat fight with Michelle Rodriguez (Letty) vs Gina Carano (Riley) in the tube station,

Her most recent role as Angel Dust in Deadpool sees Gina Carano with awesome superhero powers and you can watch the Deadpool – Angel Dust vs. Negasonic Teenage Warhead below,

Gina initially made a name for herself as a kickass fighter in the TV series Fight Girls. Gina’s father helped bring UFC to the Las Vegas area but it wasn’t until after her father left the Nevada State Athletic Commission that Gina herself got into the sport. Gina went the gym where her boyfriend was working out when the trainer, Master Toddy, noticed Gina and began training her. She studied under Master Toddy in the art of Muay Thai. When Gina’s Muay Thai record was 12-1-1 she was invited to first ever sanctioned female Mixed Martial Arts (MMA) bout in Nevada. She won that bout and has been undefeated as of the year ending 2007. And let’s not forgot about Gina’s American Gladiator performance as Crush.

For 2016 we can look forward to seeing Gina in these movies Sergeant X as Sergeant Kickboxer: Vengeance as Marcia and Scorched Earth as Gage.