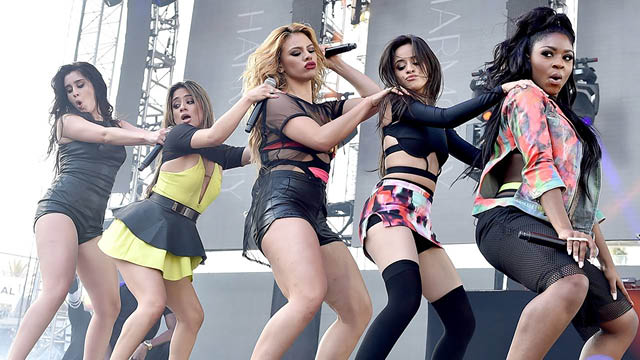 Unstoppable US girl group and pop powerhouse Fifth Harmony today announced their 2016 UK Arena headline Tour. The fiery fivesome will head out on the road from October 4th and hit up five cities across the UK and Ireland; Dublin, Glasgow, Manchester, Cardiff, London, Nottingham and Birmingham, promoted by Live Nation.

Fresh from their huge Latin America and North America headline tours and following the huge success of second album, 7/27 released in May (Rolling Stone recently included ‪7/27 as one of the best albums of 2016 so far) and global hit singles such as Worth It, and Work From Home (one of the biggest tracks of 2016, peaking at #2 in the UK Official Charts) the girls will be bringing their world renowned stage show to the UK and Europe this Autumn. The pop mavens have seen enormous success since their arrival on the scene following their creation on the X Factor US and have gained millions of loyal fans worldwide on their journey – 2015 was a breakout year for the girls, following the release of their debut album, Reflection, which debuted at #5 on the Billboard Top 200 and has since been certified Gold. Reflection includes two platinum records, “BO$$” and “Sledgehammer” in addition to the multi-platinum success of the single, “Worth It.”  Named Billboard’s Women in Music’s Group of the Year, their latest success follows an award-winning 2015, with honours at the MTV VMAs, MTV EMAs, MTV Fandom Awards, Teen Choice Awards, Kids’ Choice Awards, YouTube Music Awards and Radio Disney Music Awards, not to mention Billboard Artist of the Year 2015.   Already off to a huge start, 2016 has seen them beat One Direction to the Kids’ Choice Awards for Favourite Music Group and a win for the People’s Choice Awards Favourite Group.

They made their British debut on the UK X Factor in November 2014 and performed to a sold out Wembley Arena at this year’s Capital Summertime Ball, alongside One Direction, Little Mix, Ariana Grande, Ne-Yo and Jess Glynne.  They sold out their debut headline UK tour at the end of 2015.

Sophomore album 7/27 is out now through SYCO Music.