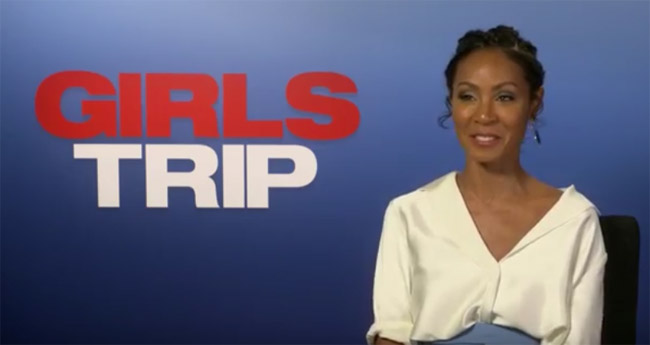 To celebrate the release of the R-rated Girls Trip – which is out in cinemas now – We had the honour of speaking to one of the films four outrageous leading ladies, Jada Pinkett-Smith.

Film Journalist, Zehra Phelan, sat down with Jada to discuss some of the shocking highlights from the film that includes the use of Grapefruits as a sexual aid – this scene has to be seen as Tiffany Haddish really goes to town on her demonstration of how they should be used – as well as Jada’s scene of urinating over a crowd of people on a big girls night out as well as her toy boy lust interest, Kofi Siriboe. They also spoke about working with her fellow “Flossy Posse” Regina Hall, Queen Latifah and Tiffany Haddish. Watch the interview below

Girls Trip is in cinemas NOW