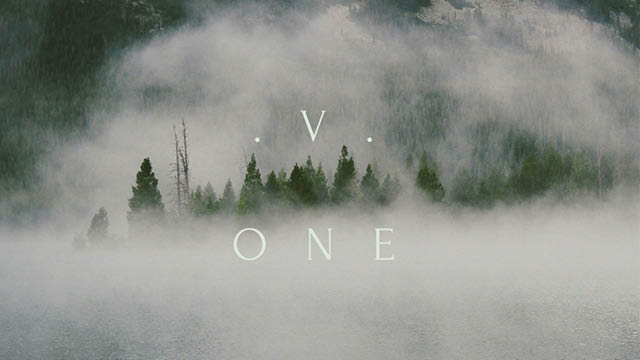 Cheshire based film soundtrack composer, Glyn R Brown is set to release his new album on the 27th of May 2016.

‘V.One’, self recorded and produced using FL Studio with reFX Nexus 2 and Kontakt sample libraries, features thirteen brand new and inspiring instrumental tracks. Too many highlights to mention, the music gathered here is epic, spine chilling, moving and beautiful and is the perfect score to your favourite imaginary film.

Glyn is a self-taught composer who plays simply by ear and can’t actually read music at all. This hasn’t hindered him in any way over the last fifteen years or so and he has created music for adverts, video games and films with great results. He has written music to demo new Orchestral libraries by image-line, the creators of FL Studio and composed the soundtrack for the 2005 short film, The Vanished.

Inspired by the likes of Basil Poledouris, Hans Zimmer, Jerry Goldsmith, John Williams, Steve Jablonsky, from 2001 to 2005 he was also a successful player in the c64 remixing scene and during that period had a No. 1 hit with a remix of an arcade game tune called ‘Rastan’ which is still No.1 in the charts to this day.

After spending time remixing Commodore 64 tunes, Glyn took a six year sabbatical to raise a family and only took to working on small projects when the time arose. Spending time with his young son, he found that he was inspired by listening to the shows and cartoon themes that they were watching together and he once again powered up his old fruity loops / FL Studio and started writing. The urge to compose music again had really taken over and he rediscovered and began revamping some of his earlier work that was stored on an old hard drive and set about recording this new album.

There are no plans to perform live at the moment, but Glyn is currently in the studio working on three tracks for the C64 Symphonic Collection and a follow up to this album which he has tentatively entitled ‘V. Two’.