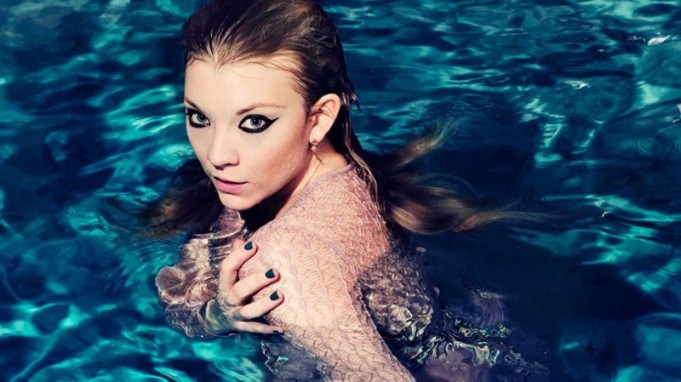 Just when you thought Natalie Dormer couldn’t get any hotter, she decides to go skinny dipping on the cover of Stylist Magazine’s April 15, 2015, issue. Man are we jealous. The Game of Thrones siren, who we recently featured in our How To Date Natalie Dormer article, looks mermaid like, with heavy smoking eyes and a lustful look which reminds us with are smitten with this stunner.

The British actress stars in the hit HBO series, ‘Game of Thrones’, where she plays the compelling Margaery Tyrell. In the show, Margaery has her eye set on a young king who is played by a 17-year-old in real life, compared to Natalie’s 33. About the age difference, Natalie says, “It’s interesting that people have made such a fuss out of the age difference, but if the gender roles were reversed, it wouldn’t be commented upon in the same way. I’m just trying to do the best I can in the job I’ve been given. I was cast five years ago; I didn’t know this was going to happen in the story. And I really didn’t, because I hadn’t read the books.” If you like the makeup on Natalie Dormer then you may want to take a look at our Mac Foundations – The Breakdown article.