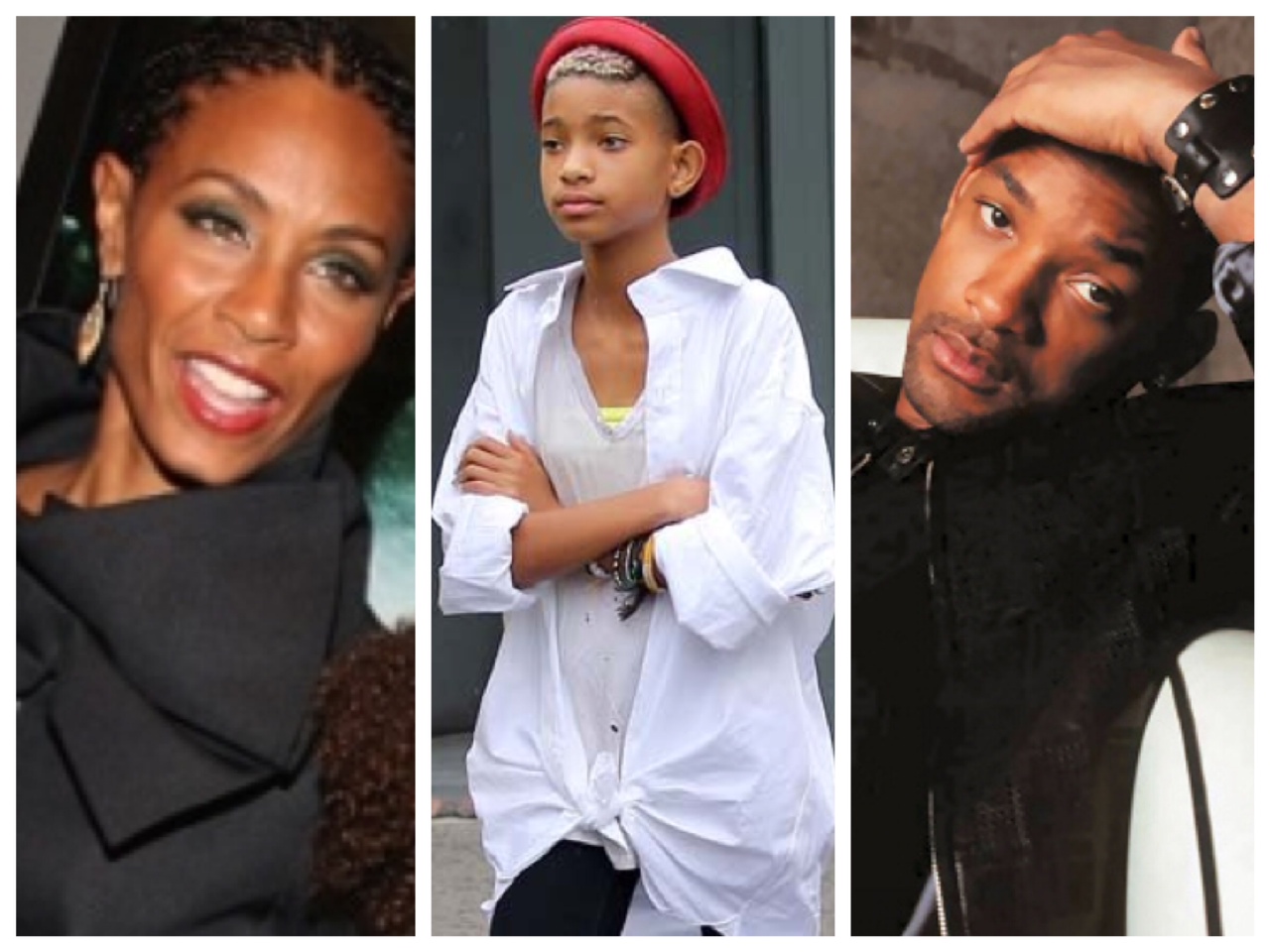 Insiders are claiming Will and Jada Pinkett-Smith are finding it difficult to control their teenage daughter Willow. The National Enquirer reports, Willow, who scored a worldwide hit with ‘Whip My Hair,’ was recently seen looking down-and-out wearing a jacket with “I Hate Everyone” scribbled on the back.

If that’s not enough to be worried about as well as Willow reportedly posting disturbing messages on her social networking accounts, Will and Jada are also coming to blows on how to raise her.

A source tells the Enquirer, “Jada thinks Willow is a brilliant artist in the making, but Will feels Willow needs more structure and less showbiz.” According, to the Enquirer mental health experts have confirmed that her actions are a frantic cry for help.

And with Willow frequently turning to Tumblr, Twitter and Instagram to express her frame of mind, there is no surprise why there are causes for concern.

In one online post she writes: “Being normal is ugly,” “I live in my own hell,” “I am on the brink,” “Life is pain,” and “I think my thoughts are trying to murder me.”

It’s no secret that it can be very hard for teens. Especially those like Willow living in the Hollywood lime light, but rumours are circulating that she is in the fast lane to becoming a troubled teen.

Another source revealed: “Willow’s behaviour is clearly a cry for help. If Will and Jada can’t resolve their differences on how to raise her, Willow may well nosedive even further. She’s turned into a little girl lost.”