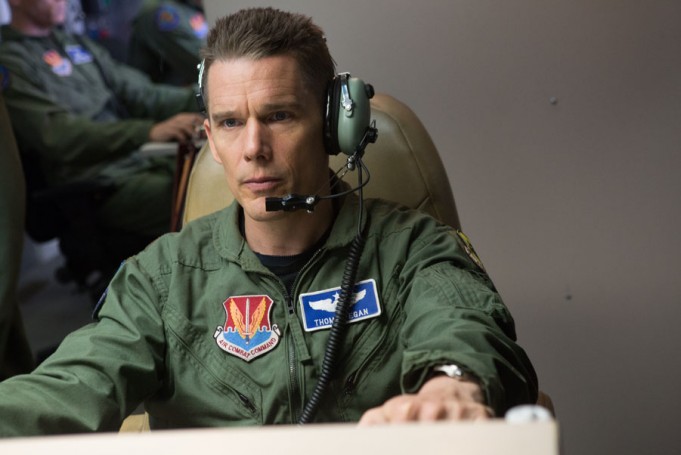 To celebrate the release of Good Kill, starring Ethan Hawke and Zoe Kravitz on DVD and Blu-Ray on the 3rd of August we’ve been lucky enough to get our hands on an exclusive clip of Zoe Kravitz talking about the film.

A Las Vegas fighter pilot turned drone pilot (Ethan Hawke) fights the Taliban via remote control for half of his day, then goes home to his wife (January Jones) and kids in the suburbs for the other half. But the pilot is starting to question the mission. Is he creating more terrorists than he’s killing? Is he fighting a war without end? One soldier’s tale with epic implications.

From the creator of Gattaca and The Truman Show comes a tense and psychological journey into the morality of drone warfare. Ethan Hawke (Training Day, Sinister) stars as a fighter pilot who now battles with Taliban using just a joystick – but is he saving the world or making it worse?