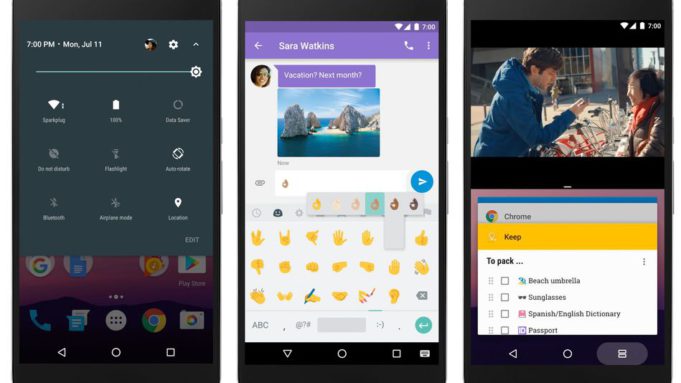 Google’s latest update to Android is rolling out now under the name of Nougat.

The OS (operating system) comes fully loaded with over 1500 emoji including 72 new ones which should make emoji use even better.

You can also run two apps side by side. Enabling you to go ahead and watch a movie while texting, or read a recipe with your timer open.

The first devices to get the update will be Google’s Nexus 6, Nexus 5X, Nexus 6P and General Mobile 4G handsets as well as the Pixel C and Nexus 9 tablets and the Nexus Player set-top box.

LG’s V20 which will probably be available on GiffGaff soon, will be the first new device to ship with Nougat pre-installed. The rollout for non-Nexus devices from other manufacturers will vary based on carrier and device.

This page will be updated with further info as we receive it.