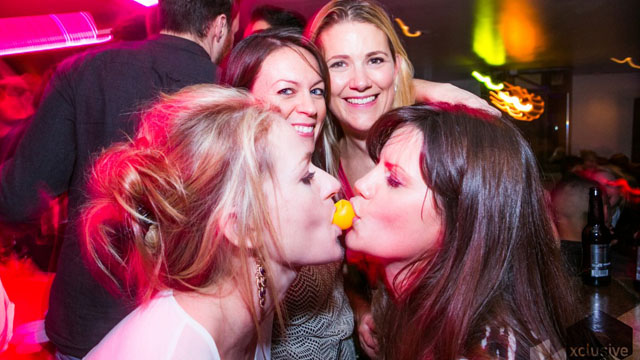 Fed up of the same old, same old? Then why not try some of these great night out in London with a difference. London’s Soho Comedy Club is one of the best stand up clubs in the capital, says Time Out. Go and see what we have in store for you. Located in the heart of the West End’s theatre land in Covent Garden. With a new line-up every Friday and Saturday night, they have been voted the friendliest comedy club in London and have received the critics’ acclaim for our consistently high quality and innovative comedians.

What’s also great about the Soho Comedy Club is that its based inside the Casino at the Empire, so not only will you ‘Laugh Out Loud’ but you also get a chance play at the casino. Before you get there you may want to play these games at an online casino to get yourself ready for the showdown. Its strictly over 18 and you can get your tickets here: http://www.sohocomedy.com/box_office

The Casino at The Empire, 5-6 Leicester Square, WC2H 7NA

For those seeking a packed night full of antics, fun & a dash of mayhem, this is the event guaranteed to deliver. PING is a Kitchen, Bar and Games Room concept inspired by the popular game of Ping Pong. It is the ideal shabby yet chic hangout for London’s young creative minds who want to relax and unwind in a visually stimulating and interactive environment.

Hosted each and every Friday night  at PING – a 500 capacity venue renowned for its entertainment and spectacular parties. Rules? There are no rules! The party is designed to be spontaneous and exciting. Expect arcade games, ping pong tournaments, secret rooms and surprises as we keep the party rocking throughout. Party with over 1,000 like-minded revellers each and every Saturday at 93 Feet East.Split over 4 rooms and packed full of hottest Dj’s in town, 93 Feet East is the main attraction in the boomingShoredtich clubbing scene. Our Saturday night party launches January 31st and we have a host of treats in store to keep the night ‘Turnt up’.93 Feet East is a premises that needs no introduction! The venue boasts a fantastic Courtyard space with iconic graffiti design showcasing the local Shoreditch talent. Walking indoors you are greeted by the stylish 93 Bar, complete with DJ booth and wooden bench seating that doubles as a dance platform. Through the connecting hallway, and with its very own entrance on Brick Lane, there is a large and versatile performance area.

Music will be split across the rooms; Our DJ Budakan playing House, Funky and Tech-House in the main room from 7pm. DJ Reiss playing Rnb & HipHop in the later in the evening and Dj Jozef with a Deep and Soulful set in the to close.