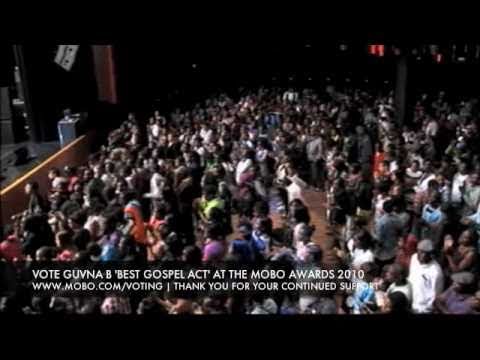 The talented Guvna B recently spearheaded the nominations for the 2010 MOBO Awards ‘Best Gospel Act’ category. The 21-year-old musician whose latest achievements include headlining at the world famous Indig02 has set way for many in the UK Gospel scene as gospel makes its indelible mark in the mainstream arena.

The independent release of his album ‘The Narrow Road’ saw Guvna B dubbed by UKGospel.com as a ‘Best seller’. Whilst his musical journey over the passing years confirms his nomination is well deserved.

In a career that has seen him earn countless achievements, it seems many are starting to take note.

“I’m ecstatic with this nomination. I grew up watching the MOBO Awards and to be in the running to win one is an amazing feeling. I’ve been putting in a lot of hard work these past three years and it’s great to get recognised for it. I can’t wait for the ceremony in Liverpool.”

He became the first gospel artist to appear on Radio 1’s DJ “Westwoods Crib Sessions” and has collaborated with the likes of Double MOBO award winner YolanDa Brown, Eddie Kadi and many more. In the last year alone he has supported some of gospel music’s greats such as Kirk Franklin, Marvin Sapp and Fred Hammond whilst sharing the stage with some of UK’s urban talent such as Chimpmunk, Tinie Tempah and Bashy.

2010 has been a great year for Guvna B and him picking up the Best Gospel Act award at the MOBO ceremony in Liverpool on October 20th 2010 would be the icing on the cake. So get voting and support the Guvna of UK Gospel.