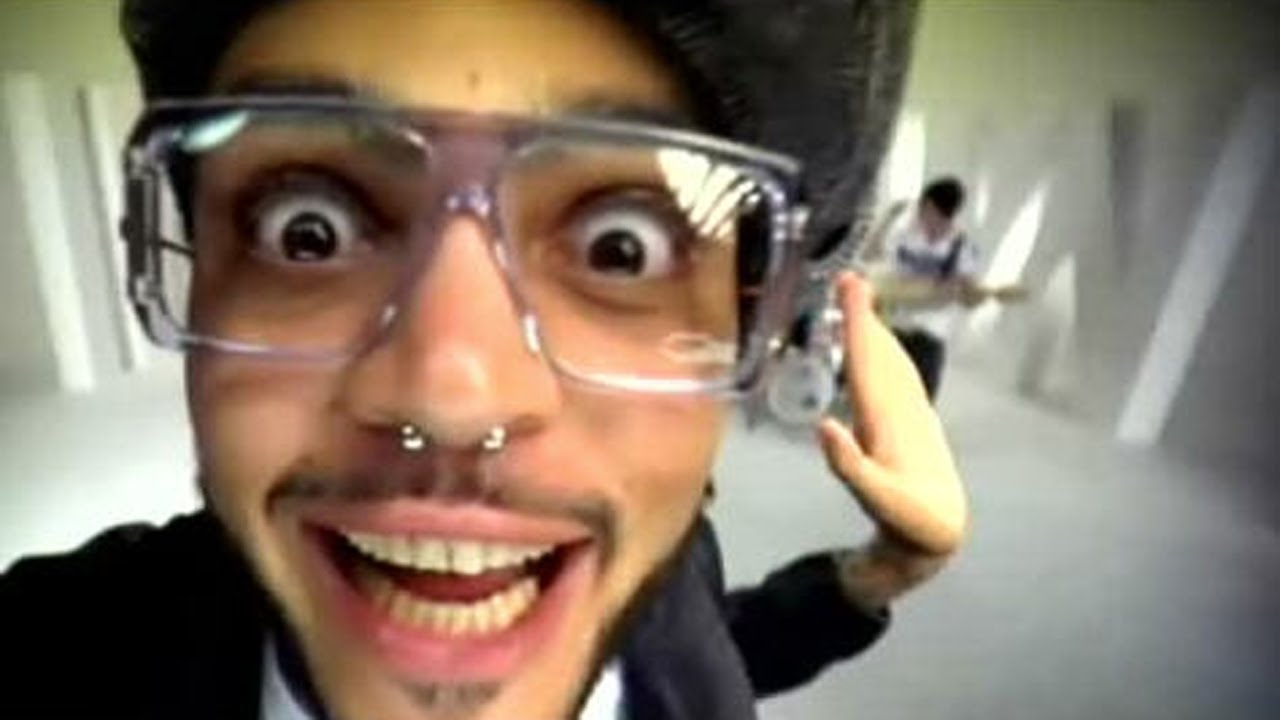 What do you call them? Urban? Rock? Two- step? The answer is none of the above. Fact of the matter is Gym Class Heroes have pretty much been driving in their own lane for a while now, with a sound bordering hip hop, rock, and whatever else they throw into the mix. Their highly anticipated third album The Quilt has guest appearances by Busta Rhymes, The Dream and our very own Estelle with production from hip hop super duo Cool & Dre. Flavour caught up with, Travis McKoy, to talk music and monogamous cookie eating!

I know that you guys are touring the UK in September so what can your UK fans expect from GCH and is there a difference between the US and UK crowds you perform to?
I feel like in the UK, you guys are more open minded, but as far as the show, for anyone that has ever seen a GCH show before, I  think they know it’s all energy. We have a great time on stage and we try to make sure that vibe resonates out because if the crowd sees that we’re having a great time and enjoying what we’re doing, then their gonna get that energy back and it’s like a cool exchange of energy.

How hard was it for GCH starting out to seal a major record deal because you cross more than one genre?
They kind of found us. We were pretty self-sufficient for the first 3 or 4 years, we kind of did everything on our own, we booked our tours and what not so in terms of offers, they found us and we were like, ‘can you change the van to a trailer’ because it would make touring easier. There was no huge advance; our goal was to build a solid fan base as opposed to a bunch of money.

Because of your solid fan base and your genre-less approach to music, does it make it easier for GCH to be experimental?
Exactly, and we take total advantage of that. We didn’t sit down and say this is the type of music that we make and this is what we’re gonna die by. We’re artists and artists get bored so it’s cool that we can try new things and not loose fans because of it.

Tell us about the album, The Quilt and of course the single Peace sign up/Index finger down feat Busta Rhymes?
The album is fun listening, its a little something for everybody. Peace sign was produced by Cool & Dre, we ended up writing it and it was a lot of fun. Busta had called Dre whilst we were recording and Dre turned on the speaker phone and Bust was like ‘I need to be on this song’ so we sent it to him and he sent it back the next night.

You also have a track with Estelle, Guilty as Charged, how was that process?
Amazing. For that song she went above and beyond the call of duty. There’s a bit at the end where she just blacks out and does her thing. She’s got such an amazing voice.

Now the next single from GCH, which I must say is a banger, is Cookie Jar feat The Dream. The concept is real interesting…tell us more about the single?
I’m definitely a monogamous cookie eater nowadays, I mean the song is being written from the perception of a boy, you know, being surrounded by beautiful women and being indecisive, like, my dad has been married six times, I think it might be in the genes being indecisive, but I’ve definitely toned things down a lot actually. I’ve got one cookie that I like. That’s my favourite cookie.

Too many cookies are bad for you anyway??
Yeah, their bad for your teeth.

Would you say GCH has reached its personal pinnacle of success?
I don’t think we have one. We’re definitely in it for the long run. We’ve invested almost half our lives into this band so there’s no turning back now. At the moment we’re all as hungry as when we started so I don’t think Gyms Class Heroes are going anywhere.

The Quilt LP out now on Atlantic Records