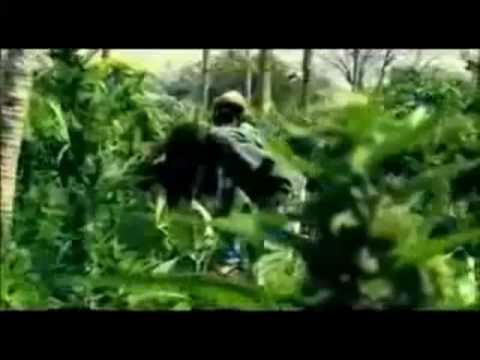 After achieving crossover success in 2010 with hit single and album ‘Hold You’, touring across the globe and fast becoming one of Jamaica’s hottest stars. Flavour Magazine decided to catch up with Reggae act of the moment, Gyptian, as he touched down in Brick Lanes ‘Puma Yard’ to headline and celebrate Jamaica’s 50th Independence Day. Happy 50th Independence and welcome to the UK! How have you been spending this monumental day?

Thank you, Wow! It’s such a pleasure to be in London! I’ve just been embracing the independence and giving thanks that I’m here to see it. It’s a chance to big up everybody that has really done something positive over the past 50 years.

What does this Independence mean to you on a personal level?

It means everything! Especially representing as a Jamaican! It’s everything because we are so small but we just get on with things. We Jamaicans can survive off of nothing. I have to lift up my hand, and say ‘praises to the Almighty, we made it again’.

How does it feel to Headline Puma Yard’s Independence party tonight?

Can we expect any special party tricks later on stage?

You’ll get from me what you’ll always get from me, and if you haven’t seen me perform yet, I’ll let you know it’s an experience! I’m just gonna be on a vibe, I might even pull off a freestyle!

So what have you been getting up to since hitting International stardom with ‘Hold You’?

We have been touring all over the World! I’m only getting the chance to work on my next album now. Before ‘Hold You’ dropped we were touring, then after ‘Hold Yuh’ hit, the heat went up a couple notches, but I’m not complaining! I got to kick back in Jamaica for like a month then I have been in between Jamaica and New York to record the New Album.

What can we expect from the new album?

Excellence in capital letters, even I’m surprised when I listen back to it! It has such different vibes, different everything, just very, very versatile!

What’s your thoughts on the UK music Scene and is there anyone you would want to collaborate with?

Don’t get me wrong, I have much respect for all these (UK) artists, but I’ve been telling them for a while that I want to do work and no one seems to turn up. I’m gonna tell it like this, I say whoever wants to do music with me just do it, cause I aint gonna ask you guys no more. Gyptian is here to work!!

Who are you listening to on your ipod at the moment?

Angel, (starts singing) ‘when u finally find what’s beautiful, so wonderful…’ That’s a mad tune! Stylo G and Gappy Ranks. You also have a new artist that I have just recorded with here in England, J Davis the Great, a very talented young act, you guys should look him up, he sings, raps and everything! Him bad, him mighty, he was born with it! Props are due.

What inspires your writing?

Life itself, girls and all the experiences we go through in life so that anyone can relate to it, even the smallest baby. We just do real music, go in the studio and sing real lyrics.

Do you have any advice to aspiring young artists trying to make it in the industry?

Just sing and leave all your attitude at home, the attitude can come when your established to the crowd. You don’t have to be cocky to your fans because you have a name, just be real to the ting and sing real music.

If you were stranded on a desert Island, what three things would you take with you?

Woman, an unlimited dish of Ackee, crispy, finely chopped chicken back with a nice cornmeal dumpling and a lemonade.

Everyone seems to have got Jamaica fever over the past couple of weeks! Does it surprise that no matter where you seem to go, everybody seems to have heard of Jamaica even though they are a relatively small country?

Not at all, in Jamaica we say ‘We little, but we talawah’. The ladies love the man dem for certain reasons, the food is on a different level and the inspiration is different! Jamaica is the spot, not to say that England isn’t the spot but Jamaica is different! Come there and see for yourself!