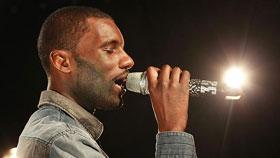 Radio 1 will hold the BBC’s biggest ever FREE ticketed live music event, on Hackney Marshes on 23-24 June 2012, as part of the London 2012 Festival. The event will feature six BBC stages, and 100,000 people will be able to attend. This year’s event is wedged between the Queen’s Golden Jubilee and the Olympics and will see the likes of Ed Sheeran, Professor Green and Jessie J are among those confirmed for the two-day Hackney Marshes event.

Tickets
Tickets are free and are obtained through a lottery. There is no charge for the concert itself, but a handling fee of £2.50 per ticket will be applied to help cover all associated ticket handling costs. The majority of the tickets for BBC Radio 1’s Hackney Weekend 2012 are being allocated to people living in Hackney and the surrounding boroughs. Registration is now open, and will close at 11pm on Monday 19th March. To register for tickets, click here.