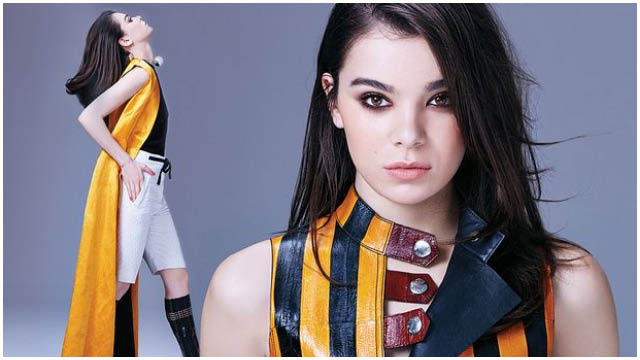 Pitch Perfect 2 star Hailee Steinfeld is causing waves on the entertainment scene. The 18 years-old America actress has already got a nomination for an Academy Award for Best Supporting Actress in the film ‘True Grit’ under her belt.

Let’s go back to Hailee’s acting and where have you seen her before.

And you do you remember the ‘First Kiss scene from Romeo and Juliet starring alongside Douglas Booth?

From Harrison Ford to ‘Body Guard’ star Kevin Costner, Hailee Steinfeld is racking up the celebrity kudos with these well known actors. Here’s the trailer for ‘3 Days To Kill’, where she played Zooey Renner.

And you can also she Hailee in the Taylor Swift ft. Lemar ‘Bad Blood’ video too

Her CV is already looking like an A-Lister that has been on the scene for many years. With Pitch Perfect 3 announced and many more movies to come. You should follow Hailee Steinfeld’s progress and she WILL blow.

WHEN YOU JUST CAN'T KEEP YOUR COOL. #1989WorldTour #BadBlood