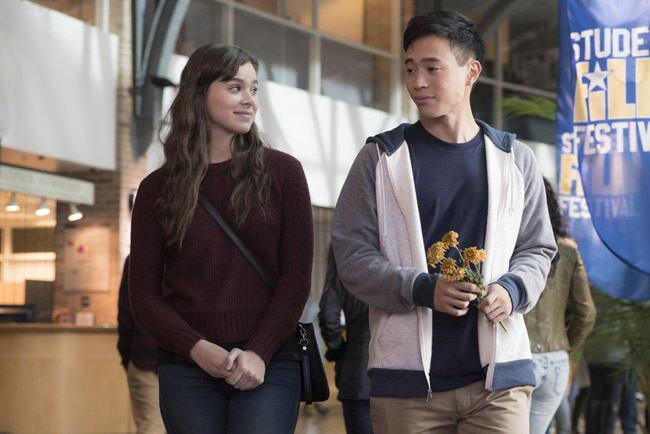 The first UK trailer for the funny and fresh comedy, The Edge of Seventeen starring the Oscar-nominated duo, Hailee Steinfeld (True Grit, Pitch Perfect 2) and Woody Harrelson (The Hunger Games, Now You See Me) has been released.

The film garnered critical acclaim on its premiere at the Toronto International Film Festival and currently holds a 92% fresh rating on Rotten Tomatoes.

First-time director, Kelly Fremon Craig, brings audiences an honest and original look at the one thing everyone goes through…growing up. Totally relatable with laugh out loud moments The Edge of Seventeen is one of the year’s must-see films.

Everyone knows that growing up is hard, and life is no easier for high school junior Nadine (Hailee Steinfeld), who is already at peak awkwardness when her all-star older brother Darian (Blake Jenner) starts dating her best friend Krista (Haley Lu Richardson)

All at once, Nadine feels more alone than ever, until the unexpected friendship of a thoughtful boy (Hayden Szeto) gives her a glimmer of hope that things just might not be so terrible after all.