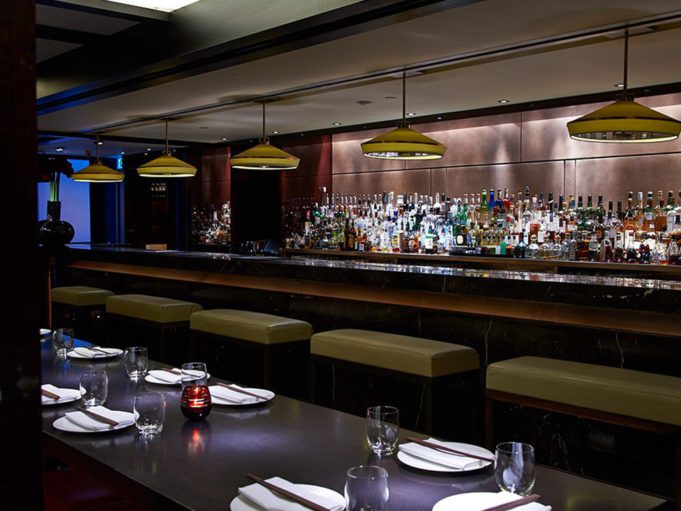 This autumn, Executive Chef of Hakkasan Chef Tong Chee Hwee and Chef Dabiz Muñoz, owner and Executive Chef of StreetXO in Mayfair, will come together in a unique and innovative collaboration to celebrate the Chinese festival of Golden Week at Hakkasan.

To mark Golden Week, Hakkasan Hanway Place and Hakkasan Mayfair in London will launch a limited edition menu, featuring brand new dishes bringing together their collective and diverse influences to create a one-off dining experience at Hakkasan. Combining Chef Tong’s incomparable style with Dabiz’s inimitable approach to fine dining, with high-octane dishes taking inspiration from cuisines around the world, the new menu will be unlike anything seen in Hakkasan before. Muñoz, whose reputation is as the ‘enfant terrible of Spanish gastronomy’, has been working with Hakkasan’s award-winning bar team and chefs to bring his unique style to the whole menu.

The new menu fuses the two culinary masters’ Cantonese and Spanish influences. The Tortilla dim sum with truffle and quail egg is a Spanish twist on a Cantonese classic dish, using one of Spain’s most famous and beloved dishes in a unique Hakkasan style. Traditional Peking duck, with crunchy skin and juicy meat, is served with a beetroot pancake, lychee and rose.

Hakkasan and StreetXO’s talented pastry teams have worked together to create the Naranja Cheng dessert, meaning ‘orange’ in both Spanish and Chinese. Pedro Ximenez sherry, using Spanish grapes, brings sweetness to the dessert, with citrus and mandarin.

Inspired by the flavours of Hakkasan’s signature Crispy duck salad, the Hakkasan and StreetXO bar teams have developed a new cocktail called the Oriental Frontera. Priced at £13.50, the cocktail is made with Belvedere vodka, plum sauce infused Fino Sherry, pink grapefruit, chilli and Hakkasan’s own sweet and sour sauce.

The limited edition menu is available to pre-book only

The menu is priced at £88 per person and is for a minimum of two people.