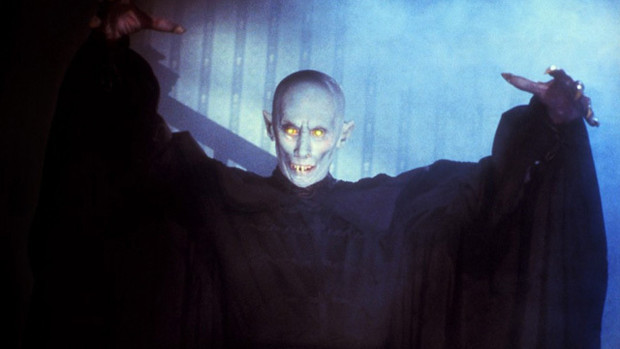 Just in time to celebrate Halloween, we took a look at the endless list of Horror films to pick what exactly we could recommend for your spooky Halloween.

After some careful consideration and some help from the lovely people over at Warner Bros, who’s list of classic and cult Horror films are pretty impressive, we decided to pick the Warner Bros title, 1979 Stephen King classic, Salem’s Lot. The film maybe a TV movie broken down into two parts, is extremely dated with virtually zero special effects, but the location setting, lighting and even the atmospheric music gives it that feel that something sinister is just around the corner to scare you witless. The building of tension and apprehension lasts from beginning until the end.

When novelist, Ben Mears (David Soul) returns back to his hometown of Salem, things aren’t exactly how they used to be. The whole town seems subdued and something evil lingers in the air. Whilst facing his own demons, Ben searches for inspiration for his new book, this comes in the form of the spooky gothic looking Marsten house which looms over the town. There were always stories that the house was haunted from his childhood and things certainly haven’t changed.

Ben not only falls in love while back in his childhood home but he also befriends the local nerd kid Mark, who has an unhealthy obsession with the world of supernatural. Not long after discovering the Marsten house has been rented out to what seems like an eccentric oddball of a man, antique dealer James Mason, the town experiences a spate of mysterious ‘deaths’. One death is a friend of Marks and when the kid appears hovering outside Marks window with glowing eyes, sallow skin and a disliking to a cross he soon realises the town has a Vampire problem.

Mark convinces Ben what’s happening in the town and they single handily try to fight off the plague of Vampires that are slowly taking over and save the town from the head vampire. This is what a horror film is all about, no it’s not full of blood and gore and heads being severed from bodies. It has a storyline, a plot that builds into its finale and optimises the true meaning of what Vampires  are, evil, demonic and chilling beings not these tortured teenage souls full of handsome good looks and stylised characters we are inundated with today. It set’s the mood with its creepy atmospheric music and visuals from the start and doesn’t let up, plus its Vampire has to be one of the ugliest and scariest looking bad guys in Vampire film history.