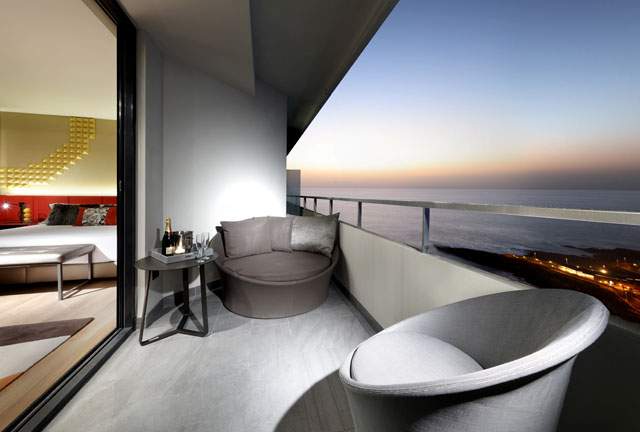 Bringing the spirit of the ‘80s to Hard Rock Hotel Tenerife’s open-air stage, the Grand Opening Party will offer an extravaganza of colour, dance floor fillers and sing-a-long classics. The ‘Children of the ’80s’ party comes to Tenerife in the wave of the concept’s huge success in Ibiza, which launched at Hard Rock Hotel Ibiza in summer 2015. Now in its second season in Ibiza, the weekly ‘Children of the ’80s’ event has become one of the island’s most popular parties and will be emulated for the opening celebration of Europe’s second Hard Rock Hotel.

As is tradition with the launch of all Hard Rock hotels and casinos around the world, the Grand Opening Party will also feature Hard Rock’s legendary “Guitar Smash” during the course of the evening to officially mark Hard Rock Hotel Tenerife’s take-off. Scheduled to open in October 2016 with the Grand Opening Party on 10 December 2016, Hard Rock Hotel Tenerife will sit on the Canary Island’s sunny southern coast near Adeje and offer family-friendly and adult-only experiences through its five-star facilities and services, while reflecting the immerse music environment for which Hard Rock Hotels & Casinos are known for.

The Grand Opening Party will give Tenerife its first chance to experience the brand ‘Children of the ’80s’ which is currently in the midst of its second successful season at Hard Rock Hotel Ibiza. Its debut on 10 December will be the first of monthly ‘Children of the ’80s’ events at Hard Rock Hotel Tenerife. The brand has become notorious for its fun filled, blast-from-the-past vibes reminiscent of a time when music defined everything. Not only will party-goers dance the night away, but its euphoric energy will keep them smiling and laughing throughout the night.

The new property comprises 624 rooms, including 260 suites, which will be split across two towers – Oasis and Nirvana – combining contemporary interiors and lavish amenities radiating style and energy. The Rock Royalty Level, located on the 13th, 14th and 15th floors of the Nirvana Tower, will house rock star-worthy suites offering exclusive services such as a private concierge and VIP check-in.

To complement the music offering and live concerts, guests will also be able to enjoy three pools, access to an artificial saltwater lagoon and a beach club complete with Balinese beds, all just steps from the property. The hotel will also boast signature Hard Rock facilities including a Rock Spa®, Body Rock® gym and world famous Rock Shop®.

Guests will also have a choice of six restaurants with a selection of culinary delights from around the world, including traditional Spanish flavours at tapas restaurant Ali-Olé, modern Asian restaurant, Narumi, and tantalising steakhouse Montauk. There will also be Sessions; an all-day buffet, serving mouth-watering dishes anytime of the day or night, a sports bar,3rd Half, offering Tex-Mex and international dishes in front of multiple giant screens, and The Beach Club at Hard Rock Hotel Tenerife located right on the edge of the sea water lagoon. A further six bars will offer opportunities for an aperitif, after-dinner drink, freshly brewed coffee or thirst-quenching cocktail or for some of the best views of the island,  rooftop sky lounge bar The 16th, overlooks some of Tenerife’s most impressive scenery, from the majestic Teide, Spain’s tallest mountain, to the lesser known Canary Island of La Gomera.