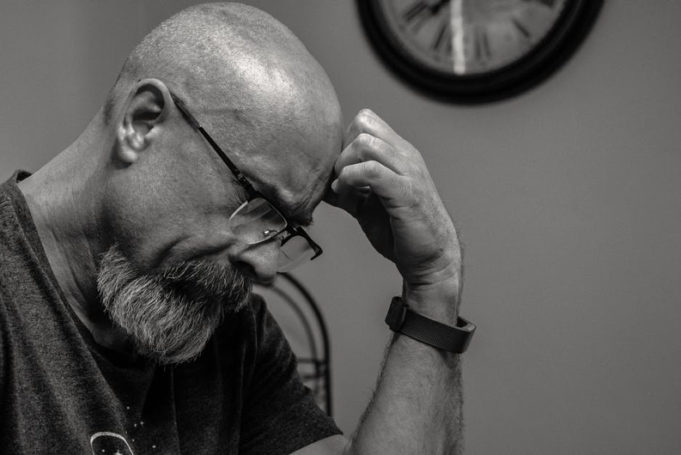 Everyone is familiar with the term Poker Face even if they’ve never played a hand of Omaha or Texas Hold ‘Em in their lives.

The act of staying calm under pressure and not letting your body language influence your thoughts is as much a key to success as the skill involved in playing poker itself.

The term is just part of an area of psychology known as Emotional Intelligence: Master it and you can become a better player or alternatively, head to the poker table if you want to boost your emotional skills in a wider context.

What is Emotional Intelligence?

The term ‘Emotional Intelligence’ (EI) was first coined by the researchers John Mayer and Peter Salavoy in 1996 and there are two facets involved. EI is therefore defined as the capability to:

Recognize, understand and manage our own emotions.

Recognize, understand and influence the emotions of others.

In short, this means keeping our emotions in check and not letting our body language betray our feelings, but it also goes much further than that. If we allow anger, distress or, at the other end of the spectrum, euphoria, to take over, it can harm our ability to think rationally and make a qualified decision. At the same time, when we master the skills needed to maintain that focus, we move on to part two of EI which involves influencing others whose emotions are not under control.

There are many areas of life where losing that focus is far from helpful and poker is just one of them. If we take Emotional Intelligence and place it in a poker context, we see how, in the first instance, we can harness it to keep our emotions in check. In the theatre of play, it can relate directly to how we react to the turn of a card.

Clearly, if the player has turned up two Aces then it’s unwise to let a wide grin appear but while that’s an extreme example, body language has to be flat at all times. The best professional pokers have an unwavering expression, whether they’ve landed those two Aces or if they’ve turned up a complete dud and have chosen to bluff their way through the rest of the hand.

That is where Emotional Intelligence in poker is used to get an edge and in short, that is your poker face defined. This is key to success but for the newcomer at the table, EI isn’t always easy to master.

Techniques to help you Succeed

Like any sport, the trick to mastering your game is to take skills that are honed in practice into match play and this is becoming as much a mental challenge as anything else. The cricketer, the golfer or the footballer might, therefore, talk about visualisation which, effectively, consists of imaginary scenarios that will help that sportsperson to cope when the situation materialises for real. This is one of the techniques that is recommended for poker in order to keep Emotional Intelligence under control and help players to succeed when they reach the table for real.

The theory works by visualizing a certain hand: Let’s say your two cards lead to the possibility of a straight flush. Naturally, this is a potentially exciting moment and, if this was your first time at the poker table, it might be hard to keep your reactions in check. However, by visualising winning, and losing hands over a period of time, the player begins to expect them during real-life tournament play and can learn to react with flat emotions and that classic poker face.

Meditation is recommended in many walks of life and it’s particularly useful for remaining calm under pressure and keeping emotions in check. These techniques don’t visualise the action on the baize but instead, they help to maintain a neutral exterior in extreme situations and as such, many of the world’s top poker players employ meditation as part of their overall game plan.

For those that are just starting out with the practice, there are many meditation DVDs available for purchase or, for those not yet willing to make a financial investment, free recorded sessions can be heard and seen via all the usual internet sources.

Yoga and Tai Chi are also cited as useful disciplines which can, over time, lead to a more relaxed mindset when the poker player leaves the outside world and enters the theatre of battle.

We’ve seen how players can master their own emotional intelligence in order to succeed at poker but, it’s also possible for that action to work in reverse. So, for anyone wanting to make their mark in the wider world of business, it is actually possible for them to play at the poker tables and to expand their emotional intelligence in order to give them the keys to success.

Public speaking can be particularly stressful and, whether in business or in our personal lives, it’s likely that we will be asked to make a career, or life-defining speech at least once. It may be a presentation to colleagues and influential people in our chosen industry or, perhaps we’re talking about a best man’s speech where the pressure is really on to not let friends and family down.

In any of these scenarios, the visualisation and relaxation techniques that we mentioned can be a big help in terms of keeping us calm and focused when it comes to performing on the big day. Experience on the poker table can, however, boost our levels of confidence and for the seasoned, professional player, giving an important speech of this kind will become second nature.

The good news is that you don’t have to make an expensive buy into a poker tournament as there are a number of online sites that offer free entry games. Stakes can be very low too, starting from as little as $0.01 in many cases. It is possible, of course, to simply play with friends with little, or no money up for grabs but it would undoubtedly help to enhance the experience if something were at stake. In time, anyone can conquer emotional intelligence via the poker tables before moving forward to harness those skills in any walk of life.