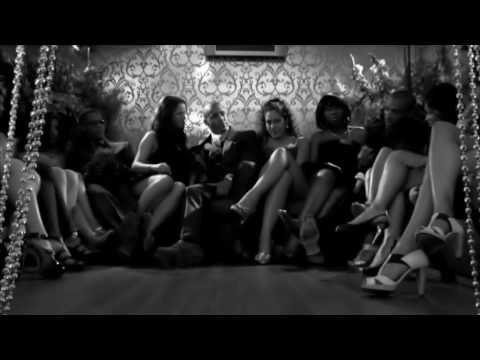 Having come to fame in the late 1990s with successful garage group the So Solid Crew, Harvey talks to Flavour about tabloid trouble, fatherhood and why he is still going strong.

How did you get involved with The Brothers?
I got involved last year summer time. Jason called me and told me that Richard Blackwood was stepping down from the role of Michael and that Angie Le Mar was looking for me and wanted me to come in. Angie rang my agent that night and I was in the next day; I did a reading and spent time with the other lead members. My first run was in Birmingham.

How did that go?
It was an amazing experience. The timing was right because I was going through a lot personally, with the tabloids and I don’t think people expected me to do it. But I’m the type of person who just gets on with it and it was a good time for people to see me in that light.

What was life like for you growing up? Did you always want to be an actor?
I was born and raised in Battersea. I never wanted to be an actor or a musician; I was a footballer for the last 15years. I played pro for 6 years, a period of time was spent at Chelsea and then at Barnett; that was my path I wasn’t prepared for music. At 19, I broke my ankle, went off the rails a bit and me and Romeo started emceeing as a joke and then two years later So Solid had a number 1 in the charts and 2 million albums sold.

How did you deal with the unexpected career change?
It wasn’t easy because football is still a major part of my life; I’m very comfortable in that world. I only stopped playing football at a decent level 2 years ago, before then I was still juggling being Harvey. It was mad going to the stadiums because people would turn up just to see you and then obviously I got the abuse from the away fans – they used to sing all sorts of songs.

What has been the greatest challenge in your career paths so far?
Just dealing with the challenges of this industry. Coming from So Solid I was stereotyped and being a young successful black man in this industry is hard. I’m still dealing with knocking down barriers, because people have this image of me and what I have come from and sometimes it’s like they are talking about another person.

There seemed to be great chemistry on set. Did the camaraderie come naturally or was it something you had to work at?
Natural, I’ve known both Chucky and Jason for many years. For the first rehearsal day Angie made us talk about our lives, our stresses and our personal problems. We literally sat there for 4 hours talking, by the end of it we were like ‘when I was `12, this happened to me’ [laughs]. At that time it was no mystery I was going through one of the toughest times of my life and not in a way where I felt sorry for myself, just my business being out there.

In the UK there doesn’t seem to be a consistent showcasing of black talent on mainstream TV. How do you think this can be overcome?
There is a lack of opportunity and I think TV is kept in a very safe market. It’s important to write your own shows and be persistent. I had one of the biggest shows on MTV Base last year The Young Gods of Comedy. I was fortunate enough to have links with the Shaftesbury Theatre due to being in the musical Daddy Cool. My business partner is Robert Mackintosh and we sold the idea to MTV Base.

Will there be another Young Gods of Comedy?
Definitely, it’s just the timing and I’m thinking about the next line-up. We’re currently working on getting a DVD out so they build like Def Comedy Jam.

How did you overcome the tabloid frenzy and continue building your career in the public eye?
I was talking about this with my girlfriend recently, we were with our daughter and we were saying we got through it. Those closest to me weren’t saying well done, my mum was a big influence on me; she said I have to face the consequences and made sure I didn’t cancel any gigs or anything else. The media still try to write personal things about me and my family, you can throw shots at me that’s cool but sometimes people fail to understand that I have a 1 year-old daughter and I honestly don’t know how continue to do it.

Within your line of work how important is it for you to show how diverse you are?
I’ve always been an entrepreneur. Anyone that knows me, what I’m doing doesn’t shock them. I was in the studio with chipmunk recently and I said to him put your hands in different pies, because when the industry has had enough of supporting you it will be the biggest come down you will ever experience in your career. I feel they are doing it to Kano now. So Solid sold 2 million albums and I’m still grinding.

Who inspires you in your field and why?
On a hip-hop level Afrika Bambaataa and Run DMC. Bob Marley for the impact he had on music – he will last through every generation, which is amazing. I even listen to Pavarotti and Andre Bocelli, and Kings of Leon as well, they are the only guys who can get away with saying your sex is on fire unedited.

Why should people tune in to The Brothers when it hits our screens (MTV) next month?
The Brothers is groundbreaking, when have you ever seen a play on MTV Base? From March 24 this is going to change television. It’s not a group of black men killing each other for once; not every black play or script has to end in violence or negativity. It’s about black men showing their emotions, which are normal, natural things in life.

Has becoming a father made an impact on the decisions you make in your career?
Musically I will never change but I’ve never been a violent spitter, I’m a truthful spitter. I will always educate my daughter and let her be a free spirit and speak what’s on her mind, but there will always be a level of respect.

What advice do you have for our readers?
Sometimes when I see people are de-motivated or depressed I tell them to take a time out and think about the less fortunate; the people who don’t know where their next meal is coming from. If you feel depressed with the industry that’s not a big enough reason to stop. This did not come to me on a silver platter, it’s a great story but bloody hell, blood, sweat and tears.

What is your motto for success?
Stay positive and don’t let anyone tell you that you can’t, there’s no such word.

The Brothers airs on MTV Base from March 24th. To read an interview about The Brothers click here. One-t-one interviews with Jason and Chucky will be online next week.