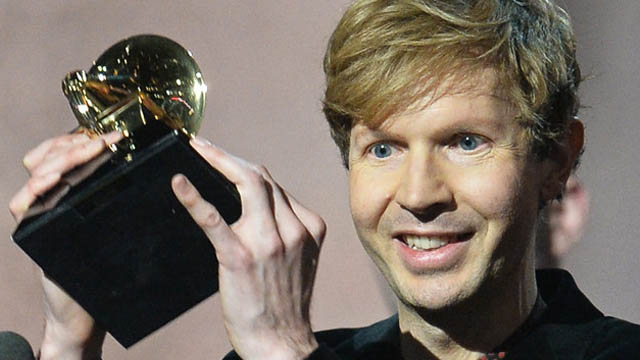 If you haven’t seen the recent headlines about The Grammy awards that took place the other night (Sunday 8th February) then you must be living under a rock!

The Grammys was full of the most hottest and talented stars in the music business today and the award show went off with a bang! Not only did the super cool and super talented artists and their performances grab my attention but so did a little after show interview from Mr Kanye West himself.

Now Kanye is known for voicing his opinion and is definitely not one to stay quiet when he feels passionate about something. We all witnessed the cringe worthy moment when he jumped on stage at the MTV VMA’s and drunkly stole young Taylor Swifts moment right out of her hands. Not only did he shock the audience and upset Swift but he also took Queen Bey down with him. Just incase you did some how miss it, West stormed the stage in rage and declared that Taylor Swift was not a worthy winner and he loudly stated that Beyonce should of took the moon man home instead of her. As you can image this didn’t go down well with the audience and it certainly put Beyonce in an difficult position. However to cut a long story short Bey gave back Taylor her moment and gave up her own air time so she could finish her first ever VMA acceptance speech. All hail the queen! The Grammys almost went down along side VMA history as Kanye took to the stage again just as Beck was collecting his award for “Album Of The Year”. An award that Beyonce lost out on. The crowd looked on in disbelief as West walked towards the stage only to turn back around with a giant grin on his face as the crowd roared in laughter! Was it a joke or was it a last minute change of heart? Well after the after show interview with E! we are not sure if its either.

This now brings me to my point. In Kanye’s interview with E! he states that in actual fact Beck shouldn’t have won and that it was disrespectful to inspiration. He also stated that if The Grammys want real artists to return then they need to stop playing with us. He also went on to say that Beck should respect artistry and give his award to Beyonce! Should he though? I get where Kanye is coming from and I understand the frustration that he has for the loss of respect in music and its craft. Now a days too many acts become famous from nothing and have nothing to stay true too. However, did he not just share the stage with Rihanna? Now i’m not hating on Ri Ri and by all means that girl knows how to create an empire and how to sell music, but does she stay true to artistry? The girl doesn’t even write or create most of her music herself, she just records someone else’s art. A little hypocritical is it not Kanye? The interview continued and Kanye went on to make it clear that he is here to fight for creativity. So I ask, is creativity lost in the music business? What is creativity? Should not all forms of music be celebrated and respected no matter the artist that delivers it and the story behind it or is it only worthy when another music artist says so? In my opinion Beck clearly created inspiration and creativity with a record that went on to make a mark in many different peoples lives and proves so with a Grammy award. At the end of the day the music buying public are the people that have put these artists in this position, without the love of music from the public there would be no Grammys, or any other award shows, as there would be no awards to give. Therefore if the public decide a winner, should that winner not be respected? Does that not show where the publics inspiration lies? Creativity is not something that can be put into box or labeled. Creativity is not white nor is it black. It is what you make it and how you deliver it. Respect is earn’t in many different ways and that itself should be respected, should it not?

So what do you think of Kanyes interview? Lets us known your thoughts below and hit us up on Twitter at @Flavourmag.