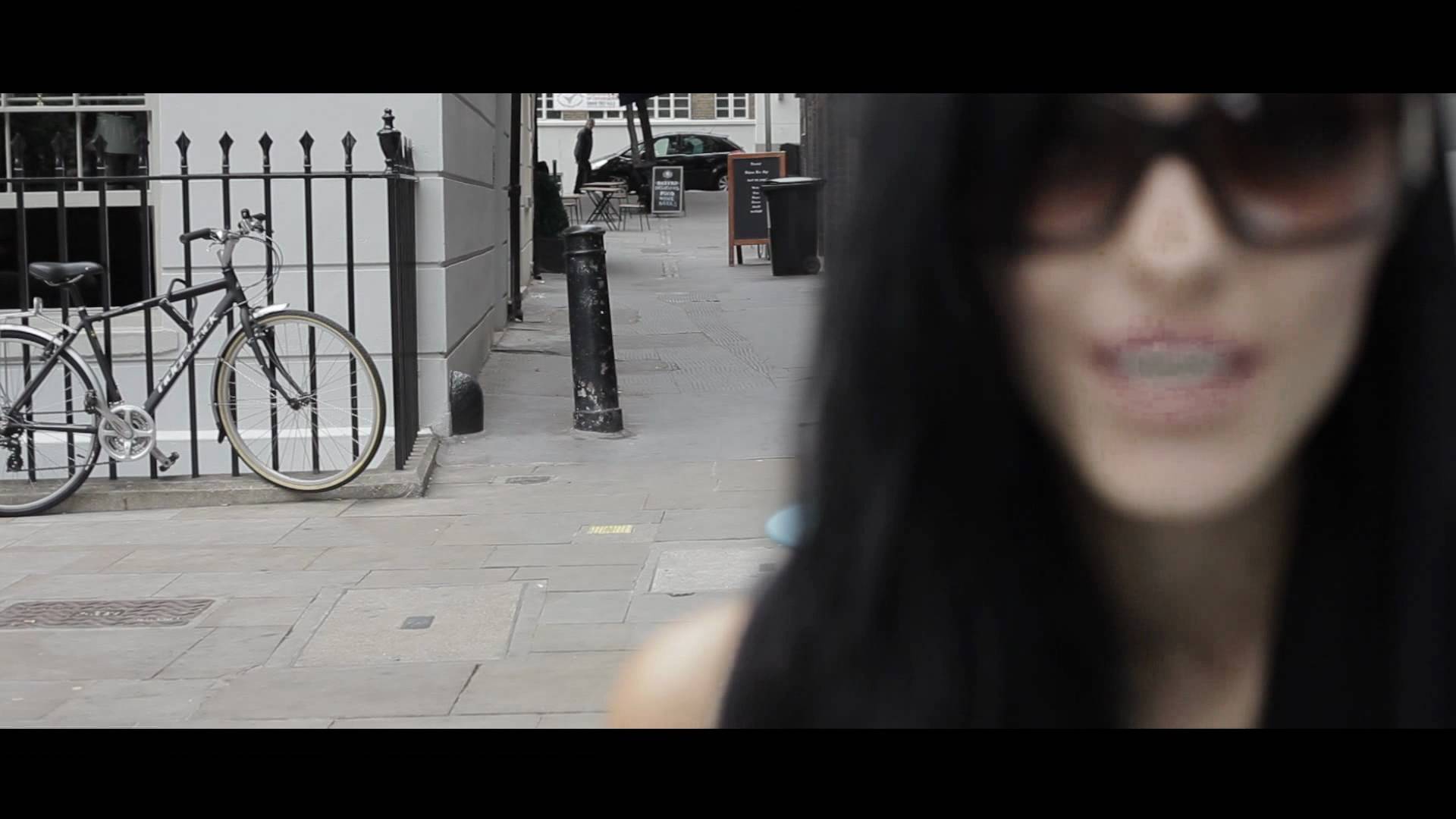 That unique voice, the half shaven hairstyle, and the swagger, no it’s not Cher Lloyd, it’s Hatty Keane. Not your average 16-year-old, and definitely not your typical songstress. This Salford born young heart is way off the plain and ordinary boundaries, and with a successful rep at the Open Mic UK competition, Hatty Keane proves that The X Factor is not the only way forward when it comes to signing a record deal. Most artists fresh out the oven hate the comparisons and similarities to established acts, but Hatty is quite the opposite. In fact, you could sit Russell Brand opposite her and she wouldn’t even flinch because she loves the fact that people are able to compare her to such big names, one of them being Katy Perry.

After impressing the likes of the music industry’s most notable artists, Dane Bowers and Taio Cruz, Hatty Keane is exceptionally keen on embarking on a flourishing music career along with a little help from her friends at Baby Girl Music (BGM). Hatty Keane talks to Flavour about her oh so cool name, touring with gymnastic troupe and crowning winners of last year’s Britain’s Got Talent, and how she maintains those astounding vocals of hers.

Give us an introduction of Hatty Keane and how you broke into the music industry?
My career in music took off when my mum bought me a karaoke machine for Christmas when I was 12, I then took any opportunity to perform at school. Last summer I ­­won the audience vote for “All Hallows got Talent” (my school’s talent competition), from there I got the bug as I loved the buzz of the audience and the feeling I got from being up on stage performing. I looked on the internet for any local competitions and came across Open Mic which had auditions taking place last September, I quickly entered and couldn’t wait for the auditions which were being held in Liverpool. Luckily I got through the audition stage, and with each performance I did, I felt myself growing as an artist and eventually ended up in the final at the 02 and the rest is history!

Hatty Keane sounds too cool for school – Is that your real name?
My real name is Harriet Elizabeth Keane, (what was my mum thinking of!) Most of my friends call me Hatty so I am pretty used to it but I do get called all sorts, my best friend calls me Batty – I suppose I am a bit! I like being called Hatty though because I don’t know anyone called Hatty and I like to be different.

Quite scarily you have a very similar appearance to Katy Perry – What do you think and have you heard this a million times already?
I love hearing this, I have heard it quite a few times but I’m still majorly shocked when people say it! I just think it’s amazing! Katy is gorgeous so any compliment to do with Katy Perry can come all day long!

You’ve already performed at the O2 London in front of 2,000 people – How was that and when can the fans expect to see you perform next on stage?
Performing at the 02 was an amazing opportunity! It’s crazy, I can’t believe I’ve already played there twice now in the Indigo2 and Proud2. Performing on the same day, on the same stage as Tinchy Stryder is another one of those crazy things. Hearing the crowd go crazy for Tinchy was magic and it spurs me on to one day get a following like Tinchy and have the audience in my hands. My next performance is at Cargo for you guys at Flavour Live and I am then supporting the Open Mic Competition throughout September through to November which I am really looking forward to.

You won your age category and came second in last year’s Open Mic UK competition out of 9,000 acts – Do you feel that the competition is a great platform for young talents like yourself?
Coming first in my category and runner up in the whole competition was such a surprise and I still can’t believe it! The competition is definitely a great platform for performers to get themselves out there and up on stage in front of large audiences, the experience alone has changed my life and me as an artist. The team of Open Mic are all so lovely too and make you feel at home, you also meet lots of different artists and you just develop so much as a performer, it’s an amazing experience! I would definitely recommend entering, you can still enter now for the forthcoming competition.

Have you had any hardcore fans copy the ‘Hatty Keane hairdo’ yet?
Not that I know of but it’d be pretty cool if they did! You’ve been compared to Miley Cyrus and Katy Perry – Are these fair comparisons to you and are you ready to live up to those expectations?
I would say I’m pretty different to Miley Cyrus and Katy Perry, they are both very poppy, I like my pop but I would consider myself an r&b artist. I also like to have a rocky edge in my music. But being compared to them can only be a good thing.

Explain a bit about your latest video ‘Heartfail’.
Heartfail was made in a day in a car park basement and around Farringdon. I loved the day and the attention I was getting like when we were near some offices, people were coming out to see what was going on and I felt like a star! ‘Heartfail’ is a simple video, which reflects the song, it’s all about the pain of a relationship and how someone can bring you down, hopefully that message comes across.

Do you write your material – How do you go about writing a song?
I have started writing my own material with the help of the producers at BGM. I love doing this as you can bounce ideas off one another. I had a really good tip off a fan recently who said treat writing a song like you are writing a letter, it sounds easier than it is but I will keep at it as each day is different with new inspirations and life experiences which all make great lyrics. I had a lot of input with the writing of my new song ‘Best Kept Secret’. I love the lyrics to it because people can relate to as it could about any secret whatsoever!

You have quite a unique sound – How do you take care of them vocals?
I have a set of everyday exercises which last about 20 minutes. And then I tend to pick a tough song to sing and belt it out. I love doing that!

What genre of music does your music fit into and do you feel your music can inspire others?
My music ranges across a lot of genres, I would say I’m quite versatile when it comes to style, hopefully that would make for a good album! And I hope my music can inspire others, I bring my own energy into every song and hopefully it does inspire people because that’s what music is for.

You already have the backing of chart topper Taio Cruz and Dane Bowers – How did they hear about you and are there any possibilities in working with them within music?
Taio Cruz was in London during April this year and had asked for a meeting with me and my Manager Michael King. It was seriously nerve wracking because I had never done anything like this before and I just wanted to impress. But Taio was lovely and so down to earth so I really enjoyed the meeting. We talked all sorts including his plans for the future, writing music and the possibility of his own record label. I met Dane Bowers at the Open Mic Final as he was one of the Judges on the day. Hopefully one day in the near future one of them may look me up, fingers crossed!

As a young talented hopeful – Do you feel that you’re in capable hands and heading towards the right direction?
I think I am in very good hands at BGM, I have been given an amazing opportunity and cannot thank Michael King and his team enough for having the faith in me to succeed. Getting over the line one day would be fantastic and we won’t stop until I get there!

You’ve toured with last year’s Britain’s Got Talent winners Spellbound – How was that and what was the reaction like whilst performing?
I toured with Spellbound during April and May this year and really enjoyed the whole experience. Spellbound work exceptionally hard and are so dedicated. All performers should take a leaf out of their book, you only get out what you put in. I am still in touch with a lot of the team on Twitter and hope to see them around soon and wish them all the luck for the future. I received a really warm reaction even though ultimately the audience had come to see Spellbound, but I found it really nice receiving comments off people on Facebook, during and after each gig saying how good they thought I was.

What do you think about reality television shows such as X Factor – Being so young yourself, would you consider entering as a contestant?
I think X factor is a great platform and as a performer it is a very tempting thing, but personally I would like to make it my own way, which gives me time to develop even more as an artist and learn more about the industry.