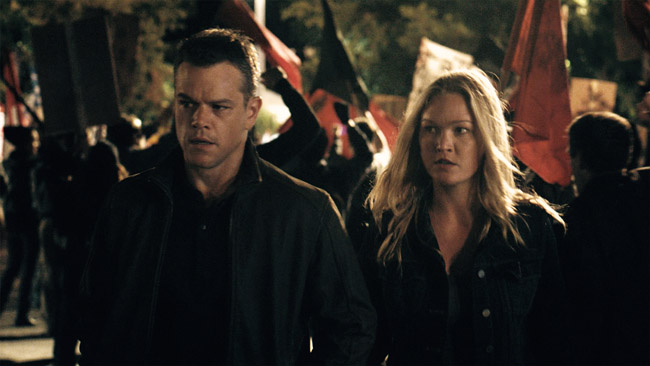 At silly o’clock this morning the official trailer for Jason Bourne was released showing Bourne is back and ready to kick some serious ass.

“He may remember everything, but he doesn’t know everything” states Styles in one hell of an explosive and epic trailer to get us all drooling at the mouth in anticipation.

“Jason Bourne isn’t a super hero; he doesn’t wear a cape or a mask. He’s not one of those kinds of guys. He is just an ordinary man. I think when people watch Jason Bourne they can imagine how they might react in those situations and those circumstances, and when you see him thinking his way through and coming up with a plan and executing his plan, that’s incredibly exciting.”

“It has taken us a long time to come back because we didn’t have the right story before. The world needed to change and then there comes that moment when it makes sense. You know when it feels right and that’s when you do it, not before.” JASON BOURNE will be released in UK cinemas July 27th.