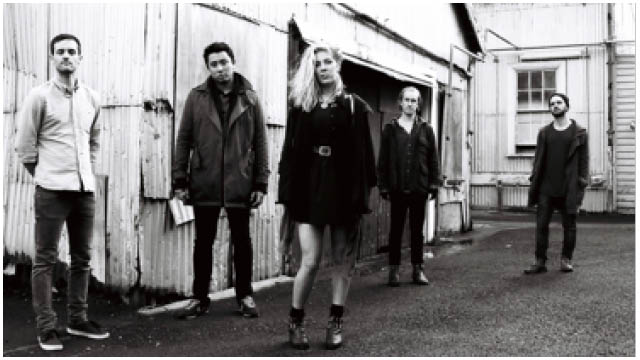 Drawing influences from the likes of J-Dilla, Thundercat and Slum Village, ‘Road To Nowhere’, marks an evolutionary step in the band’s songwriting and production, and they’re set to launch the single at Melbourne’s Evelyn Hotel on October 29.

Single: Road To Nowhere – Out Now


‘Road To Nowhere’ marks the first new material from the Melbourne 5-piece since their triumphant EP ‘Guess Who’. Hey Frankie exudes ‘cool’ on the new track that was written, recorded, produced and mixed in their bedroom studio. ‘Road To Nowhere’ premiered on HHHappy.com who wrote the following,

‘’Alluring vocals? Check. Funky vibes? Check. A lick of electronica? You Beauty. Hey Frankie’s Road To Nowhere is the nonchalant road trip to put your mind at ease.”

To ensure things are kicked-off as they should be, the band will be launching the single at Melbourne’s Evelyn Hotel on October 29th, which promises to showcase their blistering live show.

‘…A great example of the creative and talented pool of musicians coming up in the Melbourne scene…’ Mel pose, associate producer, Melbourne International Jazz Festival

Following on from their single launch, Hey Frankie will also be appearing at this year’s Strawberry Fields and Queenscliff music festivals.

Hailing from Melbourne, Hey Frankie was born in August 2013. Within 2 months, they released their debut EP “I See You” at the Toff in Town in October to rave reviews, and climbed to the top of the overall Triple J Unearthed charts.

Exciting times followed in 2014, with sell-out shows at the Melbourne International Jazz Festival, Boney and The Toff. Two tracks from “I See You” were selected to form part of the “Love Your Sister” Documentary film score (featuring Samuel Johnson and Guy Pearce), which aired on Australian national television.

The group released second EP “Guess Who”, recorded and produced entirely by the band in their bedroom studios. The EP features five genre-bending songs threaded together with instrumental interludes.  “Guess Who” was launched to a packed house at Boney, and has been gaining widespread attention, with tracks receiving radio play both locally and overseas in New Zealand and the USA, and leading to an invitation to perform at MUSIC MATTERS 2015 (Singapore).

‘Road To Nowhere’ is available now on iTunes, Spotify and Google Play.